Water levels at Elephant Butte expected to drop this summer

ALBUQUERQUE, N.M.- The water at Elephant Butte is low, and it’s projected to get lower this summer.

“This is the largest recreation lake in the state,” said Neal Brown president of Lago Rico and owner of Marina Del Sur. “Again, these people come here, and it’s a wonderful thing for them.”

Current water levels are expected to drop about 50 feet, according to the Bureau of Reclamation—the agency that manages the reservoirs.

“We would basically be a swollen river by July 5th,” said New Mexico State Rep. Rebecca Dow. “What we’re asking is that the water users come together and talk about solutions for this season.”

A spokesperson for the Bureau of Reclamation said the low levels are a result of decades worth of drought. The reservoir depends on mother nature, runoff and snowpack.

The Bureau of Reclamation said recreation is secondary. The dam was built to store irrigation water. A spokesperson said irrigation districts have shortened their season because of the conditions, but at the end of May they will start releasing water for irrigation. It will be done daily, as much as is called for. Those recreation water levels will start to dwindle more so in late July, hitting its lowest points in mid-August.

“The issue is when they finish releasing water there won’t be any left,” said Brown.

Brown says that would essentially close the lake and his business. But he’s not the only one who relies on the visitors. It’s a moneymaker for the community.

Dow said there has to be a better way to manage our water, so she is calling all stakeholders to the table to see what can be done.

“We need to talk about the short-term solutions for this season and long-term improved water management for the state,” said Dow.

While a spokesperson for the Bureau of Reclamation said there simply isn’t any water to pull from, Brown said there is a solution here.

Saturday, May 1 they are holding a water crisis rally. The parade starts at 9 a.m. at the VFW parking lot. 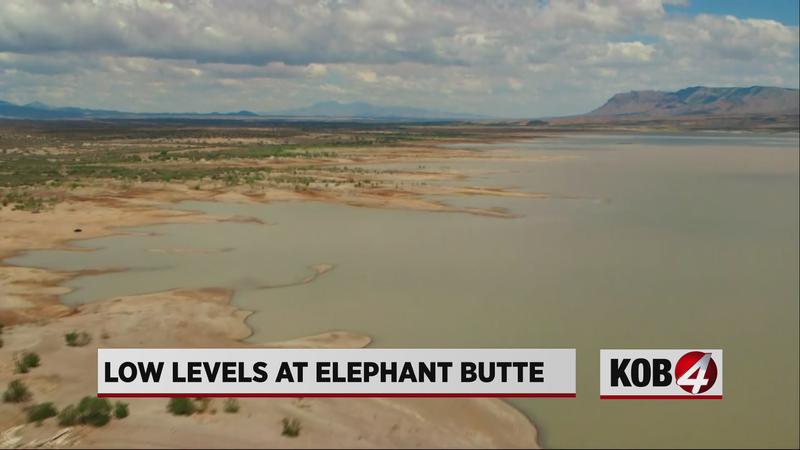