WB I-40 reopens after semi rollover, SB I-25 reopens at Broadway exit

Bernalillo County Sheriff’s Office reported the crash around 10 a.m. Thursday. Traffic was being diverted to the 98th Street exit before the road was opened around 2 p.m. Thursday.

Southbound I-25 was also shut down at the Broadway exit around the same time Thursday morning. A small single-car crash at the Isleta Bridge closed the southbound lanes, which later reopened.

BCSO reported an injury and an ejection in the I-25 crash and injuries in the I-40 crash. No updates were given on anyone’s condition. 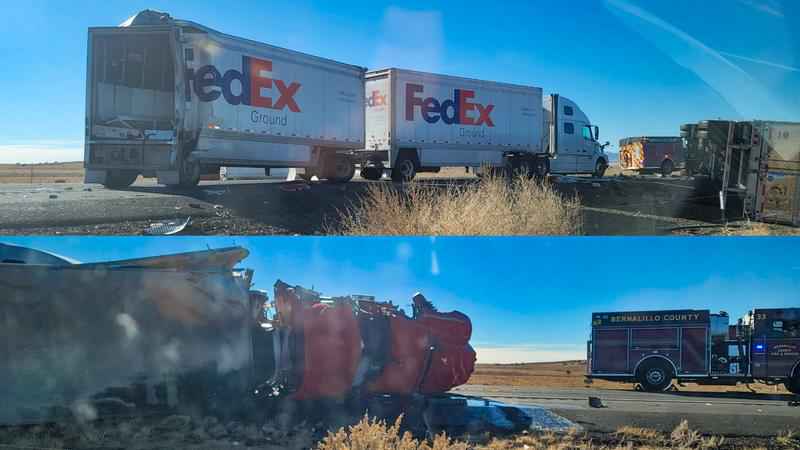