He was welcomed by the team and fans at UNM Stadium.

"It’s a big name, that we haven’t had in awhile," said Carlos Tenorio, a UNM fan. "And he’s going to take unm in the right direction. I really feel like it."

Pitino was offered the job at UNM after being fired from Minnesota. 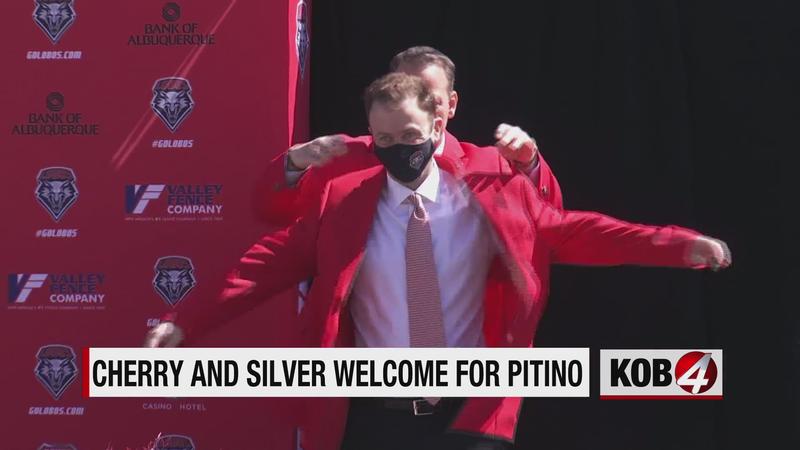 "Certainly a whirlwind to be able to get this opportunity," Pitino said.

The coach said he knew New Mexico was where he wanted to be.

"Eddie (Nunez) had asked me, and I don’t know if he was tricking me our not, ‘he said, how long would you need if I offered you the job?’ and I said, ‘how’s two seconds sound?’ So, I was ready to go," Pitino said.

Pitino praised The Pit, the fans and the state before saying his goal is winning championships. Above all, though, he said integrity within the program is important to him.

"The standard we’re going to set in the classroom, in the community, on the court will be special," he said.

Pitino will make $4,975,000 over six years. He is also eligible for performance bonuses.

The deal is similar to what former head coach Paul Weir was making.

UNM Athletics Director Eddie Nunez admitted that his department is facing a budget deficit up to $13 million. But he said he is intent on balancing the budget.