“Ran outside, had my sunroof open, closed it. Came back in and I started thinking, ‘What else am I going to do to protect my vehicle?’ Because I don’t have a garage or a carport, so I thought yoga mats,” said Tanya Perea.

But those yoga mats weren’t enough to save the vehicles in her driveway from the damage. They are now covered in dents and dings.

“When you have three vehicles like I do and all got damaged this time around from this storm, that runs into a big expense,” she said.

Perea is not alone. 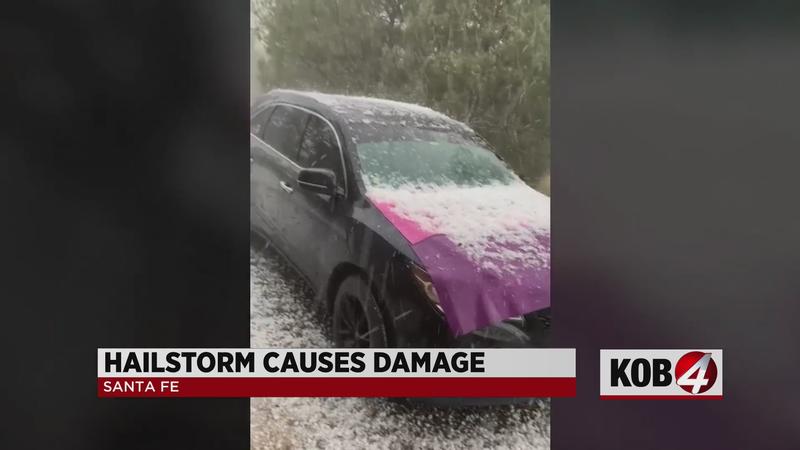 He said the good news is that insurance companies will cover the cost of repair in most cases.

"Everything that we’ve seen so far has been above a typical deductible in New Mexico, so it is beneficial to call the insurance and they will set you up with a local body shop that they work with in the area closest to your zip code so you can get over there and get an estimate on it," he said.

Cordova said when it comes to choosing a company to repair hail damage, it’s a good idea to look locally.

"When there are hail chasing companies and they’re going from state-to-state to the next hail storm, then you’re kind of left without somebody to uphold that warranty for you," he said.