ALBUQUERQUE, N.M.- The Paul Weir era at UNM has come to an end.

The Lobos lost to Fresno State in the first round of the Mountain West Conference Tournament Wednesday.

Weir didn’t show up for the post-game interviews. However, his assistant, Dave Pilipovich, addressed the media. He said not being able to play inside The Pit this season hurt the team.

"If there’s one program in the country that needs to play in its home arena, it’s the Lobos," he said. "It’s such a unique experience to play there, and have that fan base cheer you on."

Pilipovich added that he believes there are good days ahead for the program, which he said Weir wants for the team. 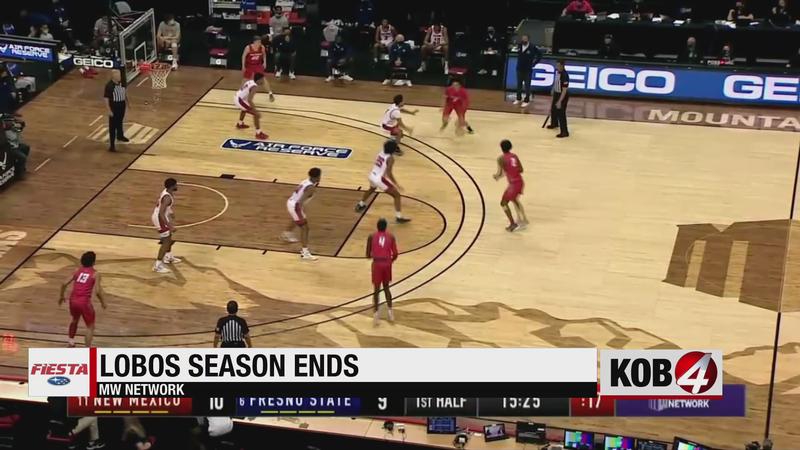