What is Albuquerque doing to address homelessness?

ALBUQUERQUE, N.M. – City officials are hoping the Gateway Center will be operational by the end of 2022. In the meantime, what are the city’s plans to address homelessness?

One KOB 4 viewer sent us an email about a homeless camp at the corner of Tramway and Central:

"It is like an explosion in the size of the homeless camp at the park at that intersection, I maybe saw 25+ individuals this morning with several tents."

Then a downtown local business owner sent this message:

"The city officials are bringing them bottles of water for us to later clean up. And the police department has given us the run around for years, saying ‘there is nothing they can do.’ We put up no trespassing signs and they are camped right under these signs and still [APD does] nothing." 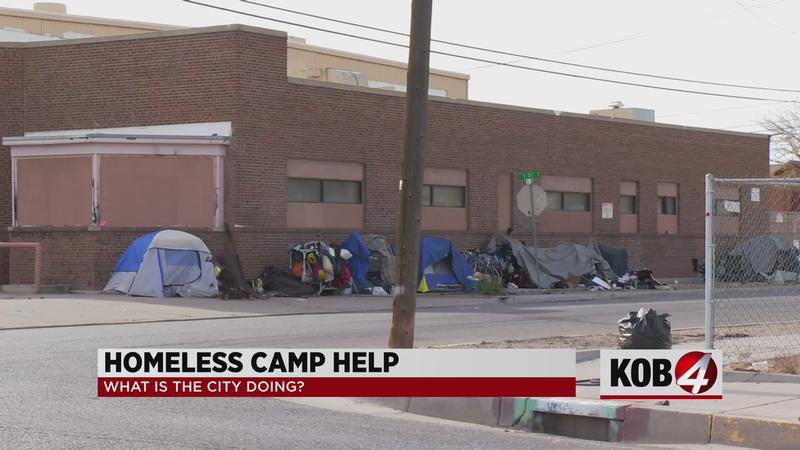 KOB 4 reached out to the mayor’s office to ask what their plan is in the meantime while the city waits for the Gateway Center to open. They said we should reach out to the Department of Solid Waste because they take care of these encampments. But when KOB 4 reached out the waste department, they said that’s not entirely true.

While they didn’t give an interview, they did issue this statement:

So in the meantime, the city said all you can do about encampments is to call 311.