Why a contagious rabbit virus could put your pets at risk

ALBUQUERQUE, N.M. — A local veterinarian is warning pet owners about how a highly contagious rabbit virus could have a serious impact on house pets.

The RHDV2 virus is found in both domestic and wild rabbits. While it doesn’t infect other animals, it can still put pets in danger.

“The rabbit hemorrhagic disease virus has been around since probably the 70s or 80s in Europe. And that was the original variant that we diagnosed, and it spread all over Asia, China, Africa, I think parts of Australia. And then it’s very eerily similar to the things that are in the news already because there’s another variant, the RHD virus two. That has now spread to North America,” Dr. Levenson explained, with Southwest Veterinary Medical Center.

Dr. Levenson said New Mexico was one of the first states in the southwest to see the new variant, mostly in wild rabbit populations. It is also very contagious.

“It can be spread on clothing, so if a person were hiking or found a rabbit, touched it, got it on their clothes, their shoes, whatever, they could potentially bring it back to the house and that’s how most house rabbits are going to get it,” he said. 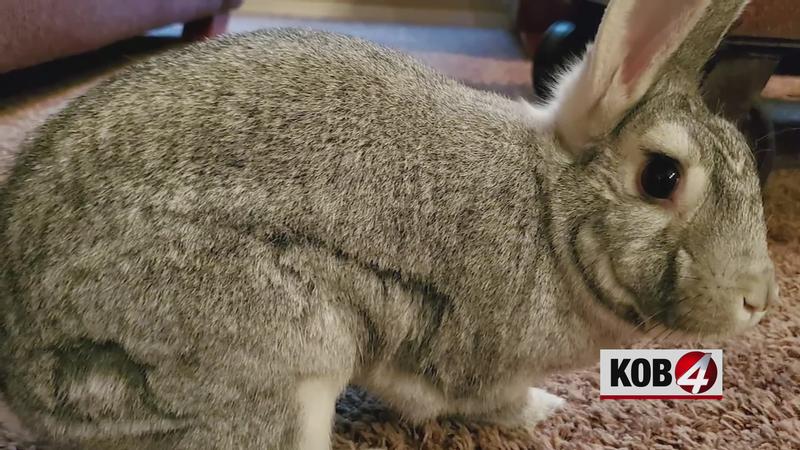 House rabbits are also at risk of contracting the virus if their owners lets them outside.

“Once your rabbit gets infected, or you think it’s infected, it’s going to get very sick very quickly. And the mortality rate is very high,” Levenson said. “Anywhere from 20 or 30, up to 70 percent of rabbits are going to die.

The New Mexico House Rabbit Society is hosting a clinic next month to vaccinate up to 250 domestic rabbits.

“It is a yearly thing that needs to be done, and most shelters don’t vaccinate,” said Kirstin Tyler, president of the NM House Rabbit Society.

The risk for other house pets comes as a result of a breakdown in the food chain.

“As the rabbit population dies and dies very quickly, then as you move up the food chain, those predators are not going to have enough food to eat,” Levenson said.

Dr. Levenson said that might encourage predators to search for prey elsewhere.

“Everything from bobcats to coyotes to mountain lions, and even birds of prey. And so those animals are going to need to look somewhere for food,” he said.

A pet dog or cat could become the next target.

For more information about the upcoming vaccine clinic, click here.