ALBUQUERQUE, N.M. – We’re now hearing for the first time from the wife of Santa Fe Police Officer Robert Duran – about his life and service to the community in Santa Fe.

The wife of Duran released an emotional written statement honoring her husband, who lost his life doing the job he loved.

“Robert was born and raised in Artesia, New Mexico with a large and loving family. The value and love of family was instilled in him at any early age,” said Kathleen.

When Duran joined the department in 2015, Kathleen says it was a decision that involved much thought and prayer.

“It was not an easy decision and we knew there were risks, especially in this day and age where officers are sometimes targeted at random simply for being law enforcement. He had always considered law enforcement as a career but did not want to risk not being here for his boys. It came down to preserving a future for our children that compelled him to take a leap of faith and follow his heart.”

"We as a department and as individuals are still grieving and processing his loss. Officer Duran was well respected and loved by his peers,” said Joye.

Duran was just 43-years-old. Along with his wife, Kathleen – he leaves behind two teenage sons.

In her statement, Kathleen wrote:

“While our eighteen years together will never be enough time for me, I hope that his seven years of service will have a lasting effect on his brothers in blue with the Santa Fe Police Department. It was a hard line of work for someone with as big of a heart as Robert had. I now truly understand what it means for all officers to walk the thin blue line. His burden is now lifted, and he can truly rest in peace knowing he made a difference in the lives of so many people.” 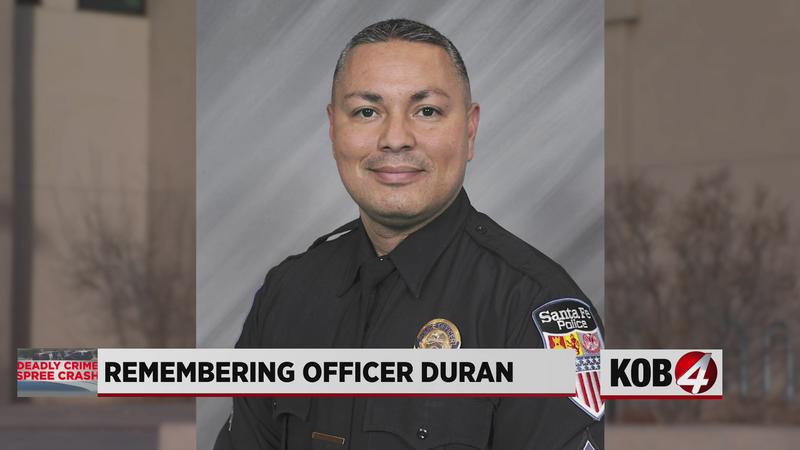