ALBUQUERQUE, N.M. – The wife of one of the four APD officers injured Aug. 19 called out city officials during a Monday news conference.

"APD is a family as much as it is a police department but under your direction, APD has fallen apart. Staffing is a joke as there are more officers doing non-police work than responding to calls. When my husband was on duty at the time of the shooting, there were only five officers on-patrol in my husband’s squad in the Foothills area and four of them were shot."

James Ramirez, who is accused of shooting Mario Verbeck, is behind bars.

In response, Mayor Keller and Chief Medina each released a statement. 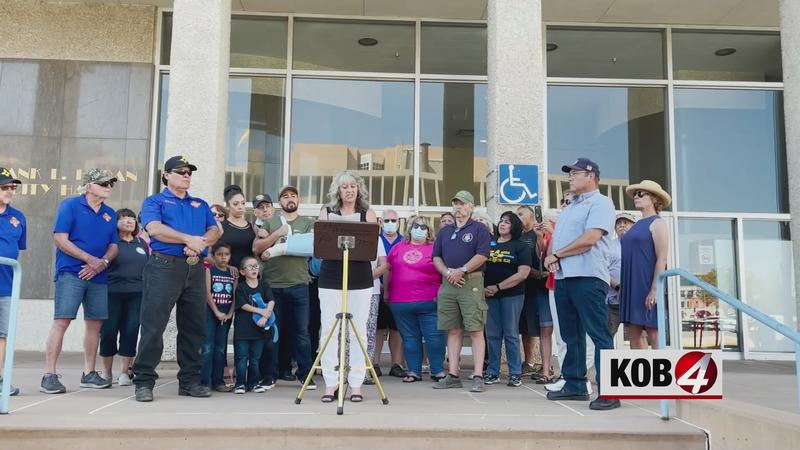 "There is no doubt that morale among officers was impacted by several issues and events over the past year-and-a-half – from the anti-police protests in 2020, to the challenges of the pandemic and the struggles resulting from mandates by the DOJ settlement. As a result, we have lost officers to retirement or decisions to leave the profession. Those losses compounded the problem of not being fully staffed, even though we have hired hundreds of new officers.

“I expressed many of those concerns to the DOJ and the monitors. The pendulum has swung too far in the wrong direction where officers do not feel supported, or that they can do their jobs effectively and safely in all situations. At the same time, we can’t simply move every officer to patrol the streets, as some have suggested. I don’t have the authority to defy a court order. But we have to be honest about the reality we face. My responsibility is to the people of Albuquerque who want us to fight crime while protecting the rights of all individuals.

“Mayor Keller has always supported APD and increased our funding every year of his administration to give us the tools and reinforcements we need. Together with APD leadership, we are supporting officers during candid discussions with the whole criminal justice system through MCI, as well as the DOJ and monitors. We have been vocal about the need to address gaps in the entire criminal justice system so our officers are not arresting the same criminals over and over. That revolving door is contributing to violent crime, leads to more use of force by our officers, and ultimately puts the entire community at risk. It is unacceptable, and we are making changes to get on the right path.

“It is unfortunate, but not surprising, that a lawyer who sues APD for a living is trying to divide APD during a tragedy. However, we’re not going to politicize the criminal acts that hurt our officers, or criticize anyone for their political choices. Our focus is on the well-being of Officer Verbeck and everyone who was impacted by the shooting last month. The entire APD family is here to support them.”

“Mrs. Verbeck is understandably concerned about her husband and the safety of all officers who risk their lives to keep us safe. My heart goes out to all of the families affected by the shooting on Juan Tabo, as well as all of our first responders and what they go through. We are listening to those concerns.

APD has been under intense pressure to change as a result of the DOJ settlement agreement, the time pressures from ever-changing court rules, and the shortage of officers that persists despite all of our hiring. Officers feel that pressure every day. We started the Metro Crime Initiative to pull everyone together to fix these system-wide problems. We have also expressed our concerns to the DOJ, the court monitors and the federal delegation because we can’t continue to improve if officers do not feel supported. And, contrary to the misinformation out there, we have never defunded the police. In fact, we have increased funding to APD each year because we know that our community is safer and officers can make better choices with good technology and adequate staffing.

We need more of a commitment throughout the criminal justice system to fight crime and keep the community safe. We can’t only rely on APD alone to turn the tide. Everyone needs to step up.”