ALBUQUERQUE, N.M. — Several fires have already been reported along the Rio Grande and Rio Chama bosques this year. According to water officials, the deepening drought and diversion of water in the Rio Grande will only increase the risk for more wildfires across New Mexico.

David Gensler, with the Middle Rio Grande Conservancy District, has been managing the water flowing through the Rio Grande for around 25 years.

"I think there’s very good probability the river is going to go dry in Albuquerque this summer if we don’t have any rains,” Gensler.

So what’s different this year?

"The snow melt is starting to come, really pretty early,” Gensler said. “It’s April and we’re already getting an appreciable amount of water out of the mountains. That means it’s going to end early. It’s probably not going to last very long." 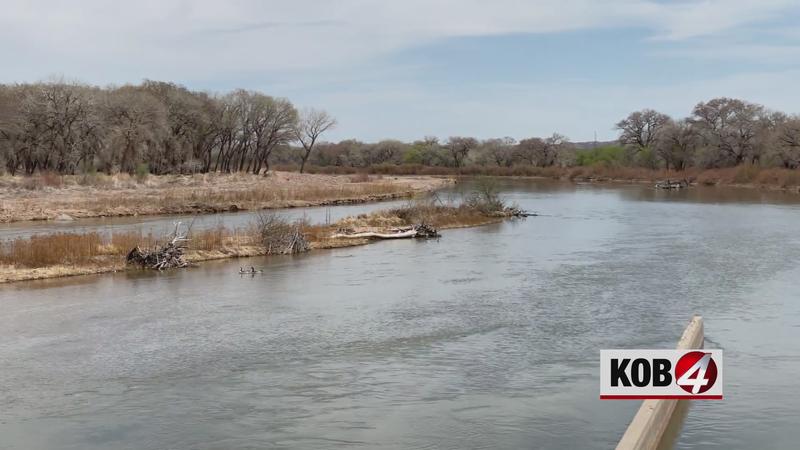 Gensler said the Rio Grande is flowing pretty good at about 1,000 cubic feet per second—but that’s expected to change because of where they need to direct the water next.

"We are in debt to downstream users,” he said.

At the Angostura Dam near Algodones, they are directing two-thirds less water toward Bernalillo, Corrales, and Albuquerque because they are required to send water further south.

Experiencing one dry season after another has finally caught up to the Duke City and surrounding areas.

"In a normal season, we would have water in the reservoirs then. When the natural flow declined, we’d start to supplement it with water out of storage. This year, we’re not going to have any storage,” Gensler said.

Gesler said the lack of excess water will impact more than just wildfires this year.

"Well the surface users are going to be hurt worse this year. Those are people, primarily agricultural interests, but also the natural system. The bosque and ecosystem is going to suffer too,” he said.

"Unless it rains, we are praying for rain, but if we don’t have rains, there is likely to be very significant periods of times this summer where there’s no irrigation water for crops,” he added.