BELEN, N.M. – A wildfire in Belen earlier this month took out a house and threatened hundreds of people and animals in and near the bosque. Now, a wildlife conservation group is evaluating the damage.

“I’m so appreciative of my board of supervisors who had the courage to say, ‘hey, let’s keep going’ and my staff as well, obviously. Let’s keep this event going, it’s too important to the community and now is the time because of this unfortunate fire to kind of galvanize this conversation,” said Andrew Hautzinger district director of Valencia Soil and Water Conservation District.

The Valencia Soil and Water Conservation District manages the 96-acre conservation area, and Hautzinger says the damage is extensive and not just to the landscape.

“Unfortunately during the fire I found carcasses of frogs, toads, unidentified, lizards, a handful of rabbits, some gophers so this fire wasn’t nice to you to the wildlife, but they too are part of this dynamic system and they respond,” said Hautzinger.

The Big Whole Fire damaged about 3/4 of the conservation area. But now the focus is shifting to recovery and reparing the damage the fire did.

He says once that restoration process begins, the community is encouraged to be a part of it.

“They’re going to be part of the conversation all along but I want them back here with dirt under their fingernails as we do the next planting,” said Hautzinger. 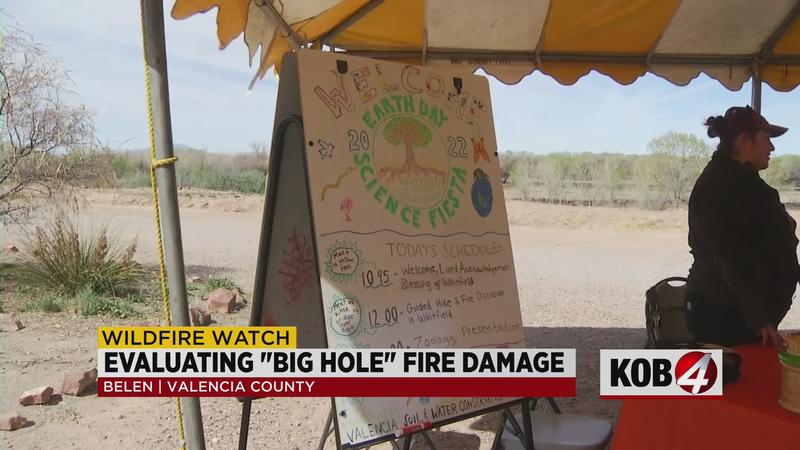