Will New Mexico reach its reopening goal on time?

ALBUQUERQUE, N.M. — State leaders are hoping to hit their target of 60% of eligible people fully vaccinated by Thursday, which would trigger the state’s full reopening with minimal COVID guidelines on July 1.

According to the most recent data on vaccinations, more than 36,000 doses still need to be administered to reach that mark.

State data shows that 57.9% of eligible people in New Mexico have been fully vaccinated as of Monday. To reach 60% in less than four days, New Mexico needs to vaccinate at a rate it hasn’t achieved since early May.

Over the past three weeks, the number of people who are fully vaccinated has ticked up more slowly—about 1 to 2 percent each week. To reach the goal on time, New Mexico would need to gain more than 2 percent by Thursday night, a rate it hasn’t hit in a month.

At the pace seen over the last few weeks, the state would reach its 60% goal around June 25, which would delay fully reopening until July 9. 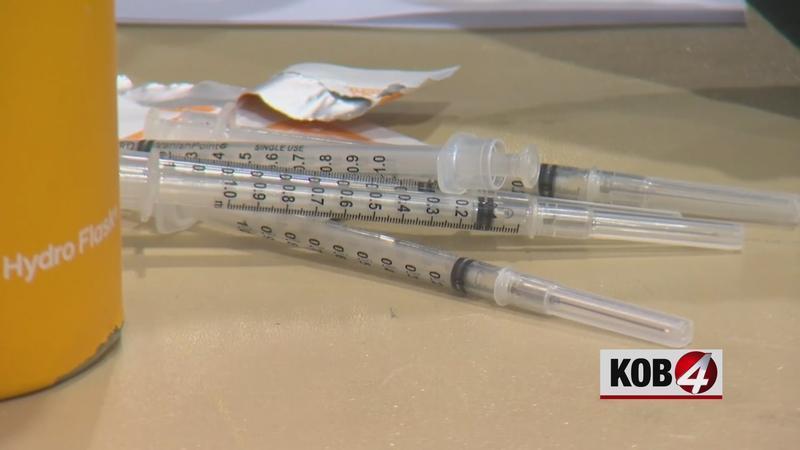 The state has bumped up its incentives in order to encourage more vaccinations. People will get $100 if they get their second shot or their one and only Johnson and Johnson shot Monday through Thursday, and the state will send $1 million to any county that achieves a 10% bump in the percent of people fully vaccinated before the clock strikes midnight Thursday night.

The county-by-county map for completed vaccinations shows most of the lowest rates are in the southeastern part of New Mexico.

Roosevelt is the lowest at 28%. In the more populated areas, Eddy County stands at 35%, while Chavez and Lee counties are at 37%.

Eddy County leaders say they’ve been working hard to get shots in arms.

“We’re trying to encourage everybody and anybody to get a vaccination and trying to provide an opportunity to do it,” said Eddy County Manager Allen Davis.

Davis emphasized that getting the vaccine is a choice and that many people are still choosing not to do so.

He also brought up the fact that many people have traveled to Texas to get vaccinated. New Mexico health officials have previously said that they often can’t count those people in the state’s totals.

Leaders in southeastern counties told KOB 4 Monday that they feel like they’ve been giving their residents all the opportunities needed to get vaccinated. They’ve hosted events and will continue to do so. Many feel that there’s not much more they can do in just four days on such short notice.