HOLLOMAN AIR FORCE BASE — Thousands of Afghan refugees have moved on from New Mexico. For the past five months, Holloman Air Force Base has served as a temporary home for those who were at risk after the U.S. left Afghanistan.

Now, the airmen at Holloman are taking down Aman Omid, the Afghan village on the base.

"That’s the whole theme of this mission, it was unprecedented based on the largest humanitarian airlift the U.S. has ever seen," said Dan Gabrielli, the 487th Wing Commander at Holloman Air Force Base.

At one point, there were 7,100 Afghan refugees at Holloman awaiting resettlement in the U.S. – half of them were children.

"Those kids will remember this as a very significant emotional experience the rest of their lives," Gabrielli said. 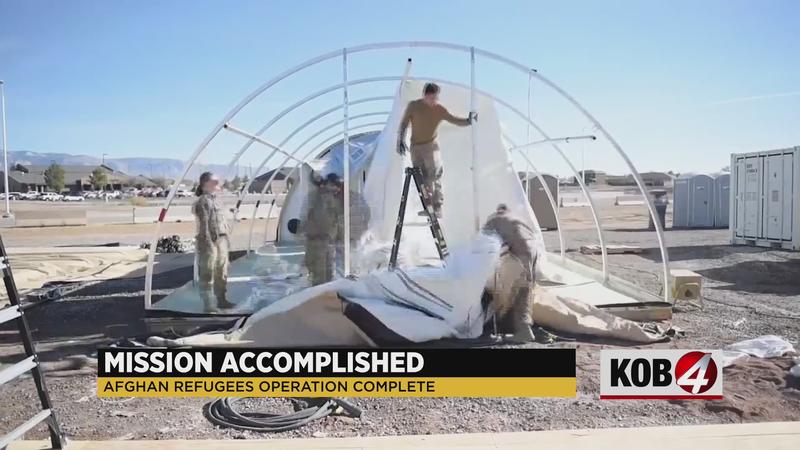 The vast majority of Afghan refugees at military bases across the country have been resettled.

"I’m probably in the twilight of my career, but in my 33 years, it’s the best mission I’ve ever done, Gabrielli said. "There’s even some airmen that have talked about going to visit those families when they come out. So, this is unlike any other mission, in that they are tied into the people that they took care of."

Their journey will also be forever documented in D.C.

"There’s a lot of art, these people created a lot of murals, a lot of that art is going to go to the Smithsonian now," Gabrielli said.

The U.S. has welcomed more than 76,000 Afghan refugees to the U.S. through Operation Allies Welcome.