Enough snow fell to make for dangerous driving conditions Sunday morning. Crews worked around the clock to make the roads safer for drivers.

Despite their efforts, numerous crashes were reported.

By Monday, New Mexico continued to deal with freezing temperatures. And as night fell, the snow returned. 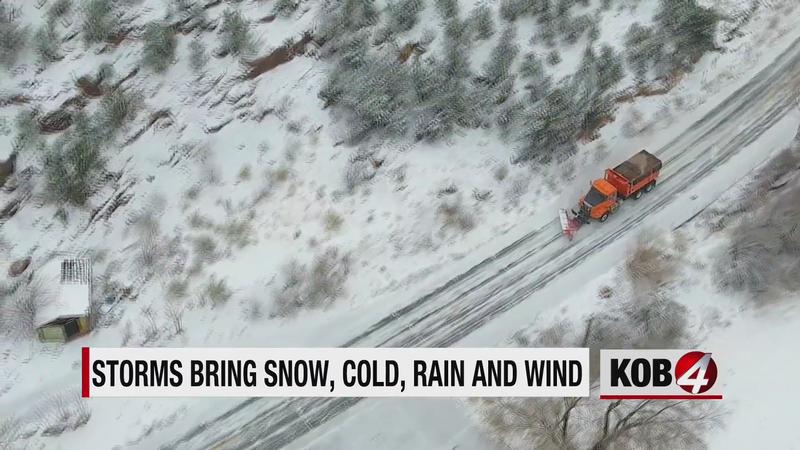 It began piling up, especially in the northern part of the state.

However, a change is in the forecast. Most of New Mexico can expect more sunshine and warmer temperatures for the rest of the week.