NEW MEXICO – The Land of Enchantment turned snowy overnight as a winter storm moved into the area and brought snow to many parts of the state.

Some schools were reporting closures and delays Wednesday morning following the storm. The storm was expected to bring 3-to-7 inches of snow and wind to the east mountains – near Edgewood – and the northern mountains – north of Santa Fe, near Las Vegas – causing treacherous conditions.

The National Weather Service is warning of slick and hazardous driving conditions across parts of eastern New Mexico due to the snowfall and reduced visibility. A winter storm warning was issued for the northeastern highlands and parts of San Miguel County through 11 a.m.

KOB 4’s Brianna Wilson went out to northern New Mexico Wednesday morning to cover the storm’s impact there and discovered everything from snowball fights to crazy road conditions. 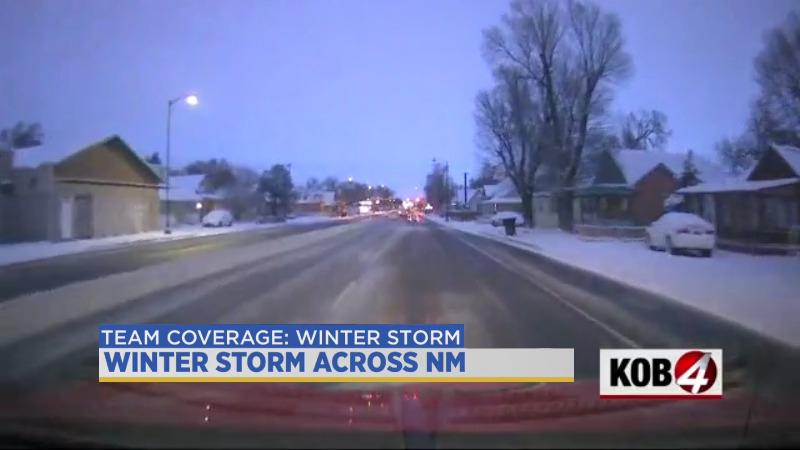 Folks on the other side of the Sandias saw a lot of snow Wednesday morning as well. KOB 4’s Griffin Rushton was there and found out some locals wanted to see even more snow on the ground when they woke up.

Live statewide road conditions are available any time at kob.com/traffic.