Martin Gonzales, the former city Public Works director, testified that Gurule-Giron pressured him to reveal the bids on a flooring contract.

"She asked me how much the project was for, and I advised the mayor that I could not tell her that because that is a procurement violation," he said.

Gonzales added, "The mayor responded by saying she was elected as chief operating officer and that she needed to know. I told her, I can’t tell you, and she said—you will tell me."

Prosecutors explained to the jury that two bids were submitted to the city on the flooring contract. 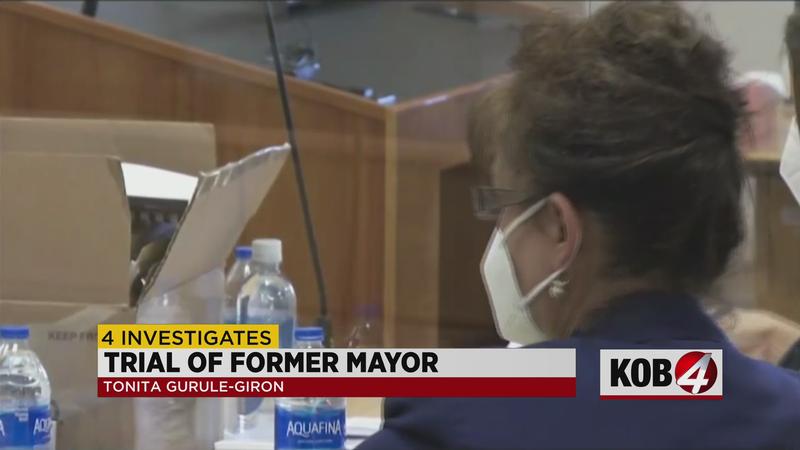 Gonzales told the jury that Gurule-Giron forced him to reveal the amount of the bids. He claims she then gave that information to her boyfriend so that he could submit a lower bid.

"She did get a little aggressive in an ordering fashion saying, ‘you will tell me.’ So, when she directed me the order to tell her, I did tell her," Gonzales said.

However, once her boyfriend got the contract, he up-charged the city by tens of thousands of dollars and they both benefitted, according to the attorney general.

The attorney general’s investigators testified about the text messages they intercepted between Gurule-Giron and her boyfriend.

Prosecutors hope the jury will see that as evidence that Gurule-Giron admitted to helping her boyfriend make money.

The defense will begin its presentation to the jury Thursday.