Witnesses rush to help after vehicles crash in NE Albuquerque

ALBUQUERQUE, N.M.- People jumped in to help after witnessing a crash at Eubank and Indian School Wednesday.

"It was awful, it was the craziest sound you’ve ever heard," said Walter Dill, owner of ASAP Glass. "It was a loud crunch."

Dill was among the people who sprung to action after the crash.

"We saw the car on its side, and then I just ran over there," he said.

Dill said about 15 people did not hesitate to help. 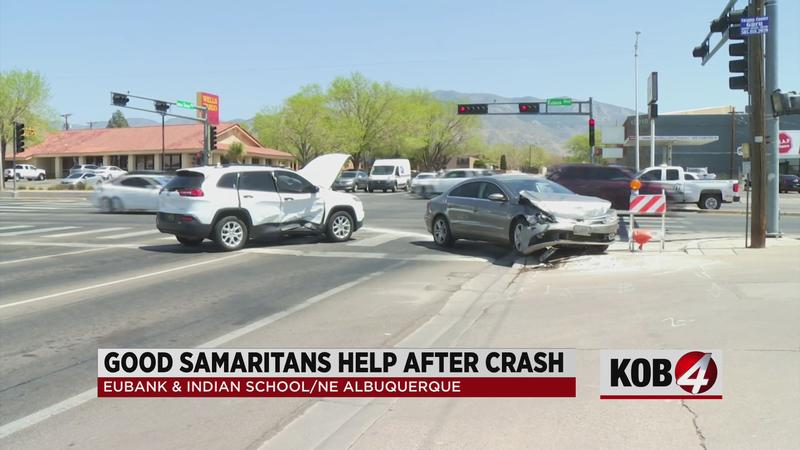 A woman and a 5-year-old child were inside one of the vehicles.

"I ran over here as fast as I can, and saw her lying on the floor," said Joey Lafayette, who is the boyfriend of the woman in the crash.

Lafayette said his girlfriend was taken to a local hospital, and his daughter is OK.

He’s thankful for everyone who helped out.

"It’s the best thing to do, you know? You see somebody hurt, run in there as fast as you can and help them out," he said.

The woman in the other vehicle said she was also grateful to everyone that jumped in to help her.