ALBUQUERQUE, N.M.- An Albuquerque woman gave her kidney to a childhood friend who has spent her life dealing with chronic illness.

Morgan Benavidez was born with smaller than normal kidneys. By the age of 21, she had stage 4 kidney disease.

Benavidez spent most of her life quietly dealing with the illness. But one night, she shared her story on Facebook.

"I was out of options. I was listed, and they told me even deceased donors could take five to ten years," Benavidez said. " But you’re going to have to be on dialysis soon if you don’t get this taken care of."

Janne Barickman read the message and decided to find out if she would be a match. 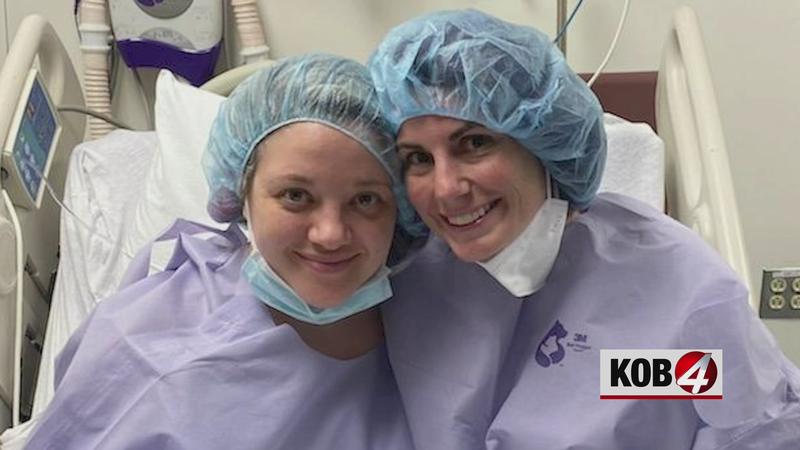 "The morning of January 26th, I got the call," Barickman said.

She was a perfect match.

Benavidez also got a call.

"They’re like, ‘You have a match. We can’t tell you who, but congratulations,’" Benavidez said.

"I was sitting there just spinning, trying to figure out who it was– and then, I get a knock at my door," Benavidez added.

Barickman was the person at the door. She was there to ask Benavidez if she will have her kidney.

"It’s hard to take that in– that someone loves and cares about you that much that they would take an organ from their body and give it to you," Benavidez said.

April 14 was the big day. Scared, but hopeful– Benavidez was finally going to get a new kidney.

"They’re wheeling me in, and I’m just like shaking and panicking and all of a sudden I hear all these doctors laughing," Benavidez said.

The doctors were laughing with Barickman, who had entered the room wearing kidney shaped slippers and a smile.

The transplant was a success. Benavidez said her kidney function shot up 60%.

"I haven’t had kidney function like that since middle school," she said.