ALBUQUERQUE, N.M. — Many home sellers in the metro have been in a tough position lately.

Vangie Pacheco sold the house she has lived in for a decade.

"We had multiple offers. The day my house went on the market, there was 20 showings," Pacheco said.

Selling the house was exciting – it went fast and she got a good offer. However, that seller’s high only lasted so long.

Pacheco put in offers on eight homes, but none of them were working out. 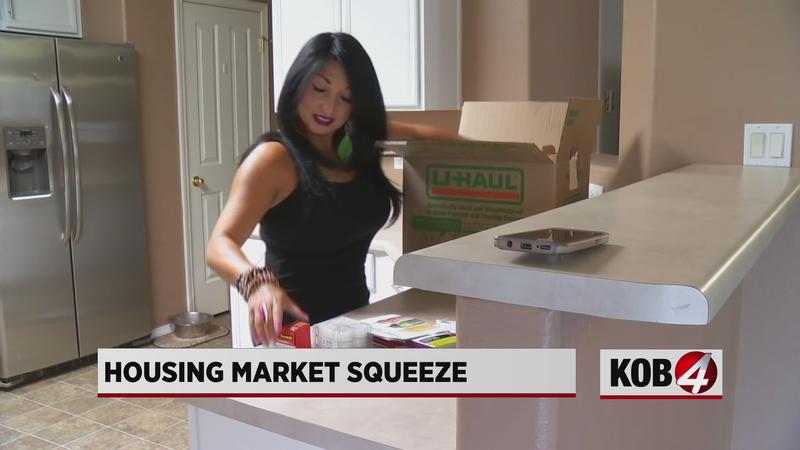 "I’ve lost so much sleep, I even had nights where I would cry because I didn’t know where I was going," Pacheco said. "It’s scary to not know. My house sold and now I don’t know where I’m going."

"The rental market is just as hot," Lopez said.

In order to get ahead of this situation, Lopez said sellers really do have a lot of power right now.

"Talk to the offers coming, in what my client wants is to do an occupancy from the day of closing, up to six months. She’ll even pay rent," he said.

As for Pacheco, she needs to be out of her house by mid-July. Fortunately, a friend came to the rescue and Pacheco will be renting her casita temporarily while she continues to look for the house of her dreams.

"Hopefully something will pop up that I love and I feel that it’s worth it to spend that much money," she said. "If not, I Guess I’ll rent for awhile until maybe things shift."

Lopez said this hot market will probably be the norm for the next couple of years, until the supply can increase so it can meet demand.