ALBUQUERQUE, N.M. — Brittany Trujillo was in the right place at the right time. She was at the El Paso International Airport Tuesday to catch a flight to Denver — after spending some time with her family in New Mexico.

"I actually wasn’t supposed to be there," she said. "I was supposed to fly out on Saturday but there was a really bad winter storm in Colorado that actually caused my flight to be canceled."

As she waited inside the airport, a 3-year-old boy’s life was on the line.

"I saw a woman who had a boy in her arms. I had seen her previously in the security line, so I recognized her," Trujillo said. "All of a sudden her boy just collapsed in her arms. All of a sudden people were screaming and nobody knew what to do, so I ran over and said I was CPR and AED certified and that people needed to give me some space."

Trujillo had just trained for her certification with the Cloudcroft Fire Department ten days before this emergency. She quickly completed 65 compressions to his chest in about a minute. 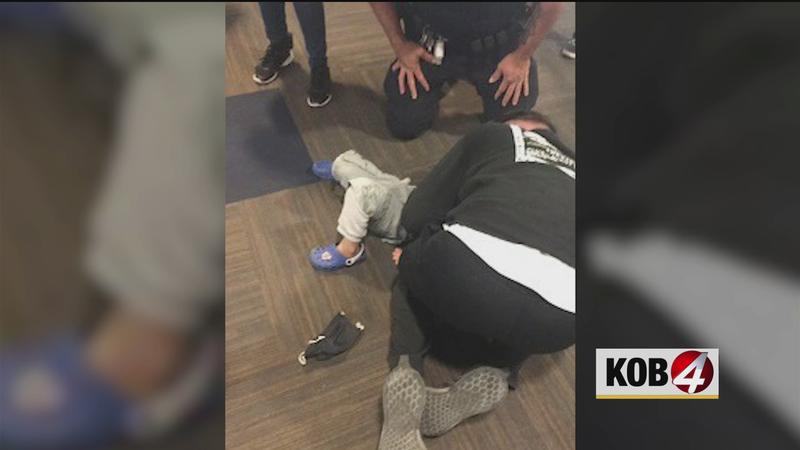 "I felt his chest rise as I was doing CPR and that’s when I took my hands off and he started to breathe, and move, barely," Trujillo said.

She stood by the boy, Anthony, as she talked to his mom with an interpreter’s help. Trujillo was told Anthony had hit his head. After a few more minutes, he opened his eyes.

"The look on her face, the tears streaming down her face, exactly that…" Trujillo said. "I felt like that could have been one of my girls. My heart goes out to any mom… any mom."

Trujillo learned a life-saving skill in just a few hours by training with the fire department. She hopes others will take the time to learn, too.