ALBUQUERQUE, N.M. – An early morning workout ended with panic and tears in southwest Albuquerque Monday after someone fired a gun outside the Defined Fitness on Central Avenue.

A woman – who wanted to stay anonymous – said it started around 9 a.m. with a loud bang. It didn’t take long to realize it was a gunshot, but it’s what happened next that has her questioning her membership.

“I’m still shocked just because it could have been someone who, who could have died in there,” said the woman.

Hearts were pumping at the Defined Fitness near Central and Unser – but not because of a workout.

“We were starting to warm up, we heard a loud pop. And we thought maybe it was the speakers or the light bulb that busted. So we go and we take a look. And we hear the instructor scream and say, ‘Oh, my goodness,’”

She said that’s when they noticed a bullet hole the size of a quarter in the wall and then, more gunfire.

“We start hearing more bullet shots. And so at that time, everybody just panicked and round ran out of the room.”

Albuquerque police confirmed there was a shootout between two cars behind the gym and a stray bullet hit the building. The woman says she’s thankful no one was hurt, but is worried not enough people knew they were in danger in the first place.

“They should have evacuated and notified the members that something’s going on, and please evacuate. Put more alert out there, versus letting everybody just sit there and continue to work out.”

Defined Fitness sent KOB 4 a statement saying the incident was unrelated to the gym and says it’s still a safe place for its members. But this is not the first time gym-goers have voiced concerns about safety at this location.

Back in November, KOB 4 spoke to a woman who said someone broke into her car in broad daylight and claimed Defined Fitness was not doing enough to keep its members safe.

Both women said they are not sure if they’ll ever return to this location.

“I think I’m taking a little break from this gym, just so I can refocus and find my comfort again. So it’ll be a while before I returned to this location.”

An APD spokesperson said the gym’s security footage has been reviewed and there are no leads on a potential suspect. 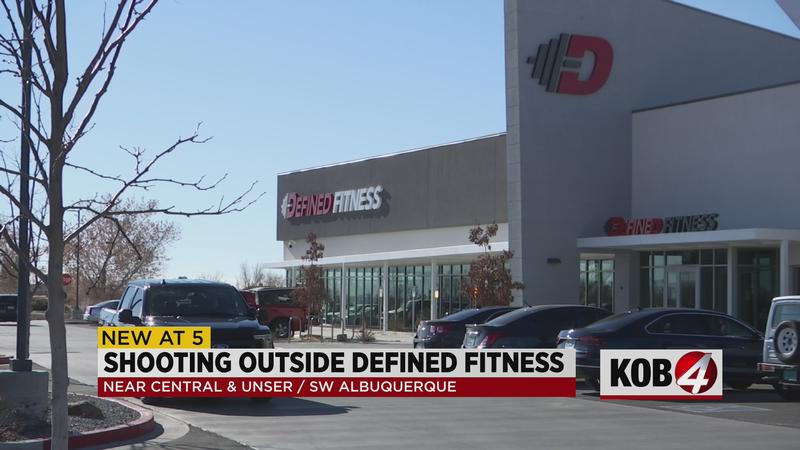