Woman says man shot at her car, followed her to the police station

ALBUQUERQUE, N.M. – "I encountered this white F-150 pointing guns at every car that he passed by,” said Alexis, a woman so shaken by a recent road rage encounter, she did not want to share her full name. “He would cut them off, slam on his brakes, and then he encountered me.”

Alexis said the man got upset because she was not driving fast enough.

"Every chance he got, he would get in front of a car, cut me off, brake check me and then try to run me off the road," she said.

She told KOB 4, the man in the truck followed her from I-40 and Zuzax, all the way to Juan Tabo.

"I ran two red lights trying to get away from him,” she said. “It still didn’t work. He pointed his gun at me, and shot at my car."

Alexis said the man continued following her to Lomas and Chelwood and shot at her car a second time. She ran another red light and said her only priority was to keep her two-year-old daughter, who was the car with her, safe.

Soon afterward, Alexis said she did safely arrive at the police station on Lomas. She filed a report and has not received any updates, but she did learn more about the owner of the truck.

"They did inform me once they got that license plate and looked it up, he was a fugitive," she said.

KOB 4 reached out to police for comment on this case, but never received an answer, but we do know road rage reports in the metro seem to be on the rise. Less than a week ago, Nelson Gallegos Jr. lost his life in a deadly shooting near Central and Rio Grande.

Albuquerque Police told us they have not found the person responsible in that incident, and sent KOB 4 this statement:

“We are taking in tips as they come in and we are actively looking for anyone who has information that could lead us to the individual responsible. If anyone has information about someone who drives a truck that looks like the one seen in the surveillance photos, who may carry a gun in the vehicle and who may have been in the area at the time of this incident, we strongly encourage them to contact APD.”

Police ask that anyone with information call 2-4-2-COPS. 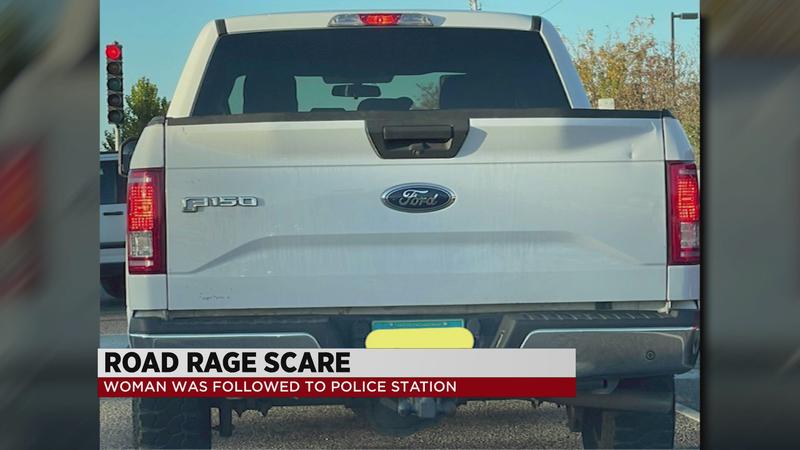