ALBUQUERQUE, N.M. —There’s a difference between tolerating wild animals in your neighborhood and welcoming them in with food and water.

Sara Brant, who lives near El Oso Grande Park in northeast Albuquerque, says she spotted a woman leaving rotisserie chicken and water for a coyote at least two nights this week.

"She said it was just one coyote and it was okay, she wasn’t going to hurt anyone,” said Brant.

Brant says she found evidence of the feedings, rotisserie chicken and fresh water, near a specific tree on the north side of the park.

She shared all of this on the Nextdoor app to help underline the fact that feeding coyotes can be extremely dangerous.

"I thought maybe if the word gets out, people could talk to her kindly or if they know her, or find resources where she really can help them,” said Brant.

Nick Pederson with Albuquerque’s Environmental Health Department said he’s heard about feedings at this park before, but could never confirm them.

He said it can become dangerous if people aren’t familiar with the animal, they don’t know why it’s approaching them, and the situation can rise to the coyote becoming startled or aggressive.

"They lose any fear of people and city coyotes are already habituated,” said Pederson. “So they’re already used to living alongside people. Often times not showing a lot of fear or following dog walkers or just standing and looking at people."

Pederson said coyotes will survive just fine on their own without the assistance of humans.

The city’s Environmental Health Department will discuss signage or patrols for this park with other city departments. There is not currently a law prohibiting feeding wild animals, but again, it’s strongly discouraged. 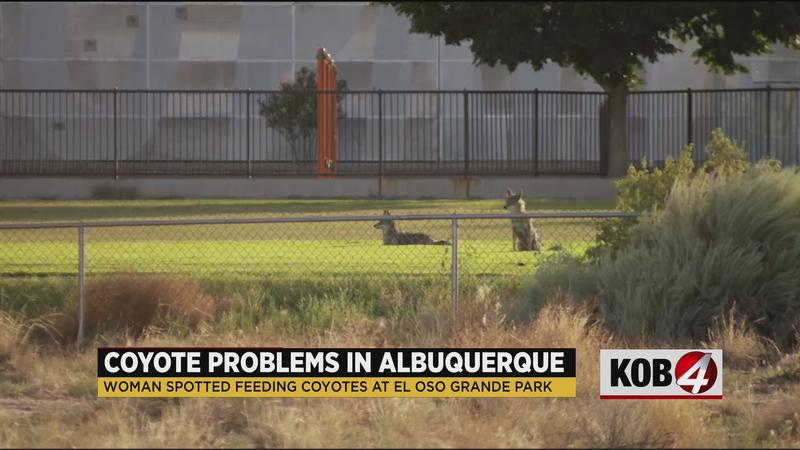