ALBUQUERQUE, N.M. —Jackie Copelin knows what it’s like to lose a loved one out of the blue.

Her dad was hit and killed by a drunk driver in 1995, when he was on his way back to work from his lunch break. A semi truck driver hit him and his friend as they were driving near Balloon Fiesta park.

"That has an effect on anybody,” said Jackie Copelin. “Growing up without a dad is hard."

Court documents from the family show the driver, Edward Parker, was also a repeat offender. He had a DWI conviction in 1990. Two years later, his driver’s license was revoked in New York for driving while intoxicated on a revoked license.

"I know way too many people who have also lost loved ones,” said Copelin. “So I can empathize with them and relate."

She started an online petition to strictly enforce DWI laws and provide treatment for offenders. She wants to help fix some of the holes in the New Mexico justice system.

She pointed out ideas for making improvements in the system in the petition also, like stricter conditions of release, and court-ordered weekly drug tests or treatment.

"There are so many other options aside from drinking and driving,” said Copelin. “You can Uber, you can Lyft, you can call somebody to be a designated driver. It just hurts me to see other people hurting."

You can read the full petition here. 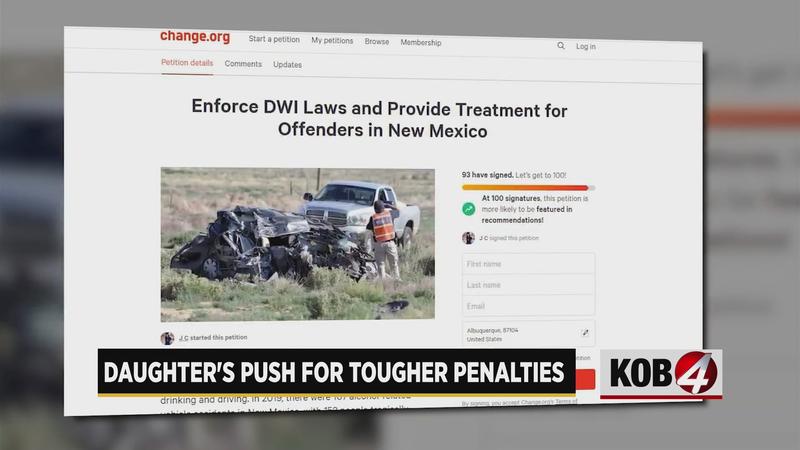