Woman warns others after being locked inside a porta-potty

GALLUP N.M – A woman using a porta-potty in Gallup was locked in from the outside.

“It was Saturday I went to Gallup to sell at the flea market, I don’t go there often,” said Laramie Blake.

Blake and her mom were feeling hopeful to make some sales and everything was going fine until she went to one of the porta-potties for a quick break.

“I felt the door tug, you know, the leverage on the porta-potties, it shows if it’s red or green, and obviously if it’s red that means it’s locked,” Blake said.

She immediately tried to open the door but couldn’t. At first, she thought the door was just jammed, but then she panicked and started yelling for help. A man came by to help – telling her there was a lock on the door. She was freed using a bolt cutter. 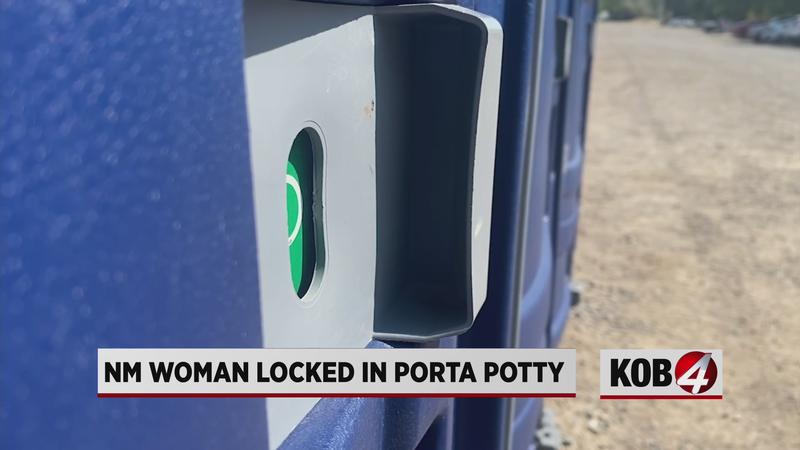 “New stuff are coming out with sex trafficking and kidnapping and when I replay everything that happened I feel that was what was supposed to happen but luckily the guy who was there to save me was probably there at the right time," Blake said.

She posted about her experience on social media and says she wants people to be aware of their surroundings.

"I have an eight-year-old daughter and a four-year-old boy and you know just the thought of me living my life without them hurts,” Blake said.

A report was filed to the sheriff’s office. Blake is hoping someone might have seen what happened and will come forward.