ALBUQUERQUE, N.M. — An Albuquerque woman’s stolen mountain bike was returned with the help of a community Facebook page and APD.

Melissa Pacheco said she bought a mountain bike so she could enjoy the outdoors more during quarantine.

“Mountain biking is a safe way to socially distance and still kind of be out in nature, and we live in a place in New Mexico that has so many trails,” Pacheco said.

Shortly after the purchase, Pacheco woke Sunday morning to fund her garage door open and her bike nowhere to be found.

“My brand new mountain bike, so I called APD and someone came over and they took a police report, and I showed him the receipt for the bike and my registration for the bike that has a serial number,” she said.

Pacheco also posted about the stolen bike on Facebook.

“Just to see if anybody had seen it, you know. It’s kind of flashy, so if you saw it you would know that it was like my bike,” she said.

Pacheco said she received a notification from someone who said he saw the bike on the site OfferUp. The mountain bike was listed about $200 less than market value. Another person contacted Pacheco saying they saw the bike on Craigslist, too.

“I jumped on it right away,” she said. “I didn’t want somebody else to buy it, and then it was gone forever.”

Pacheco put in her own offer on the bike then called APD.

“The female officer was going to pretend to be me, so I was saying, you know, I was in this vehicle, and it was a vehicle she was in and it went from there,” she said.

Pacheco got her bike back within 24 hours.

“The female officer called me and said, we got it. She’s like, just hang tight, we’re talking to him for a minute. And so I waited there and then she called me again. She said you can come get your bike,” Pacheco said.

Pacheco has upped her security to make sure the same thing doesn’t happen again. She said she’s thankful for the officers the people in the Facebook group that helped her find the bike.

“There’s not a lot of members on there, but there was one member that noticed it and kind of looked out for me. So looking out for each other,” she said. 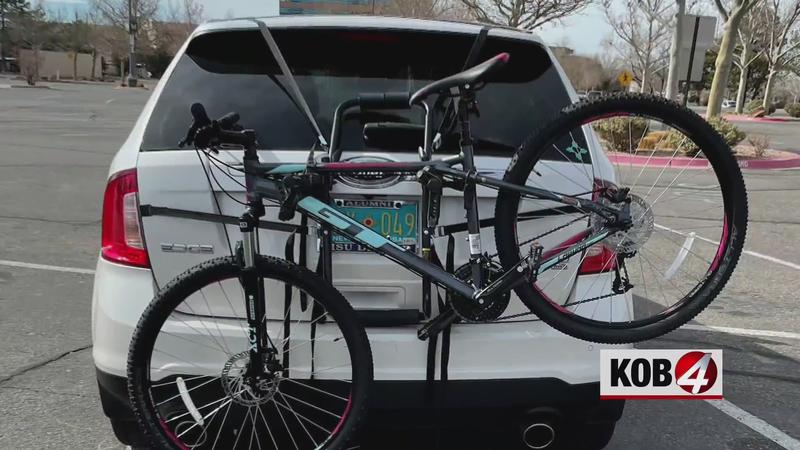