"We started the journey almost four years ago, and we just launched in December," said Nicole Kapnison, the founder and CEO of Nikle Co. "So it’s only been about five months since our products have been out on shelves."

Their gin hasn’t been on the market for long, but it’s already a hit locally and worldwide. Last week, their gin won a medal from the San Francisco World Spirits Competition.

"We really didn’t know much about the competition when we submitted," Kapnison said. "It was just the soonest one coming up and we just put it out there. We almost missed the deadline."

COO of Nikle Co. Jennifer Vieth said the award turned out to be prestigious. 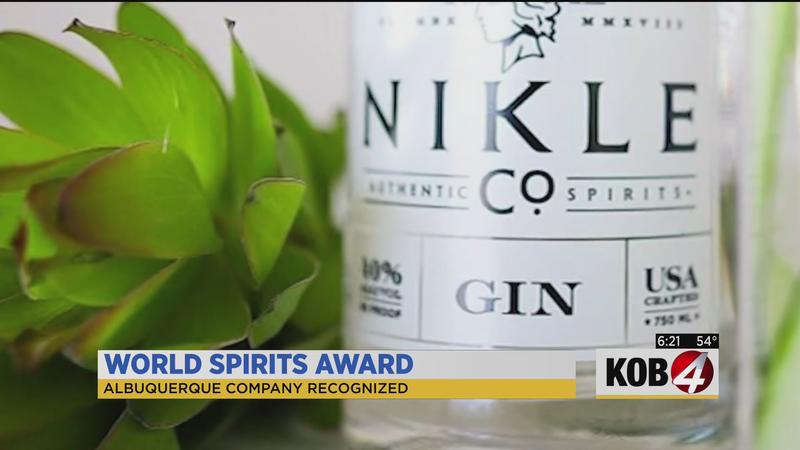 "What we’ve been told is it’s like winning a gold at the Olympics, winning a Grammy, or winning an Oscar within the spirit world," Vieth said. "So it’s really exciting."

Nearly 3,000 bottles were submitted from companies across the globe. However, the all natural and local ingredients in the gin, like Los Poblanos lavender, stood out to the blindfolded judges who took several days to pick the top liquors.

New Mexicans can pick up a bottle of Nikle Co.’s vodka or gin at more than 60 liquor stores across the state.

Watch the video above to learn more.