Women’s March held in Albuquerque, cities across the nation

ALBUQUERQUE, N.M. – Across the country, demonstrators took to the streets – protesting new abortion restrictions in Texas and the possibility of Roe v. Wade being overturned.

The Women’s March was held in hundreds of cities Saturday, including Tiguex Park in Albuquerque. This was the first Women’s March held since former President Donald Trump left office, but organizers said they feel like the stakes are as high as ever for their message.

“A march is not the end of what we should be doing, it’s just the beginning and so people should consider what more they can do,” said Lisa Padilla, event organizer. 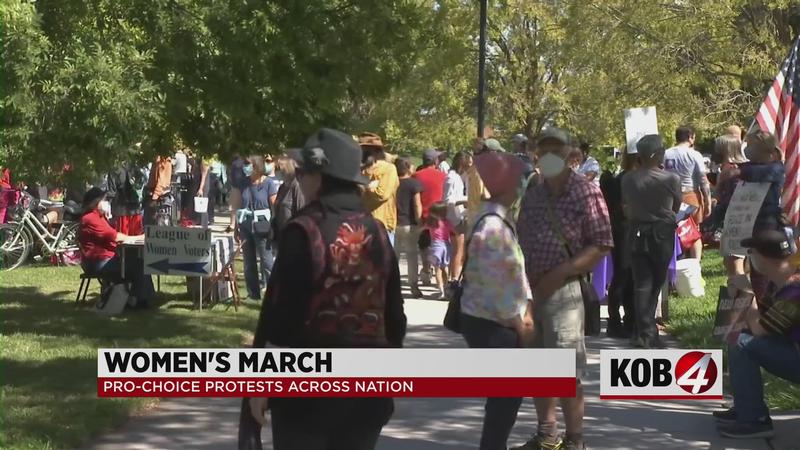