Broadway is closed from Lomas to Mountain.

City crews are installing a new storm drain under Broadway to help with flooding problems in the surrounding neighborhoods.

The work is expected to continue for three months.

Detours are in place for people who need to access businesses on Broadway. 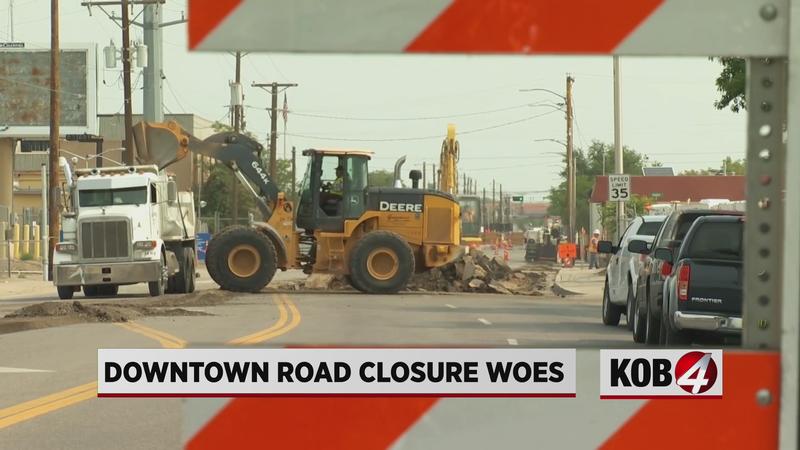 "It’s going to be an inconvenience, but overall, we have a major problem with drainage in this city, so a new storm drain is quite necessary," said Danielle Duran, who travels in the area.

Johnny Chandler, spokesperson for the city’s Department of Municipal Development, said they understand the construction will be a short-term inconvenience, but he adds that the work is critical.

"Great, critical infrastructure that’s going to benefit the community downtown for the next 60-100 years does not come without a little pain," he said. "Construction unfortunately causes pain for drivers and pedestrians and bicyclists. No pain, no gain. That’s the situation. This is there’s a little bit of pain, but for a tremendous amount of gain."

Broadway is expected to reopen in Mid-October when the construction is finished.