For single mothers like Alyssa Luna and Lulu Moreno, who both work in the service industry, the new law comes as good news.

“We have been having to work throughout the pandemic, and been exposed, and having to stay home without getting paid,” said Lulu Moreno.

“In the beginning when everything had first happened with COVID, I was high risk and I was pregnant with my youngest, so I kind of had to choose,” Luna added.

Thousands of New Mexicans have found themselves in similar situations.

“We work paycheck-to-paycheck,” Luna said. “If we miss a day, we don’t have enough money for our bills.”

The state’s Healthy Workplaces Act, which goes into effect July 1, 2022, will give workers the chance to earn at least one hour of paid sick leave for every 30 hours worked.

“They don’t have to worry anymore about choosing between their kids or their own health, that they can actually get paid for being sick, and not worried to get fired,” Moreno said.

The new law will impact people who work for a private employer no matter the size of the business.

“Half of New Mexicans who work for private employers don’t have paid sick leave,” Welch said.

Opponents of the bill believe the timing wasn’t right, and that it will only create another financial burden for business owners. However, Welch said it will benefit both parties.

“Employers who provide this type of leave have increased productivity from the workers who come to work. They have reduced turnover because they’re able to accommodate workers when they need to take time off,” she said.

“We’ve just kind of accrued this awesome crew of people who are willing to work really hard and do what we need them to do,” Rivera said.

Rivera said there isn’t an official sick leave policy, however his employees know they can always ask for help.

“We told them like if something happens like—don’t freak out. We’ll make sure you can pay your rent,” he said.

“Sometimes people get sick sometimes, you know, their dog’s got to go to the vet, sometimes you got to go out of town because a family member or like whatever. There’s always these human things that happen,” Rivera added.

The restaurant has even taken weeklong breaks so workers can recharge.

“A big part of that is that we pay them properly, that we view them as people and not just as like cogs in a machine,” Rivera said.

Rivera said he hopes more owners will see how important it is to have a happy and healthy workplace.

“I can see why some business owners would be against it because it is just more money, it’s another expense. But at the same time, this is a step in the right direction for an entire force of labor—especially in our industry where we don’t exactly prioritize physical and mental health.” 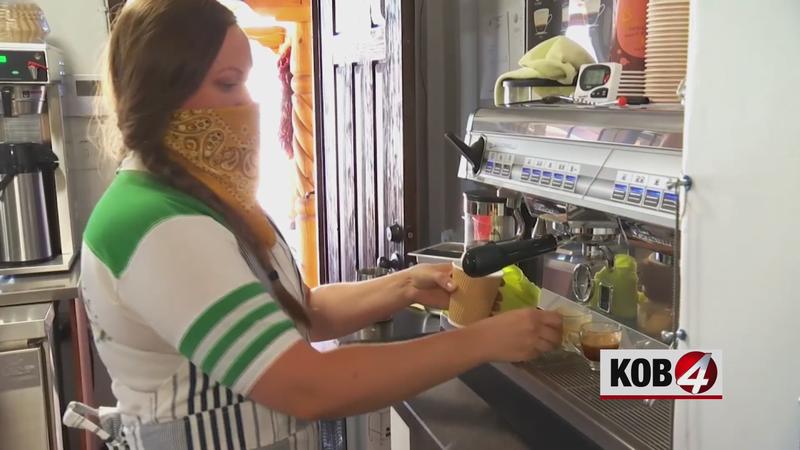