DEMING, N.M. – The family of a 29-year-old man shot and killed by police in February has filed a wrongful death lawsuit.

Gilbert Valencia’s family filed a lawsuit alleging several Deming police officers shot Valencia over 20 times and killed him as he was trying to obey commands.

The lawsuit alleges the shooting occurred because of a lack of appropriate officer supervision, training and planning. The family said Valencia was known to have a mental illness and to carry toy guns. They said at no time did he raise or point a gun, and they claim no one other than law enforcement was ever found to have had an actual gun.

The family alleges the shooting was unjustified and amounted to excessive force, assault, battery and homicide and are seeking damages in the lawsuit stemming from the actions of the defendants.

Listed as defendants were:

Lapel video showed Valencia on his knees, with his hands in the air, being confronted by police. He appears to show them an ID, and officers order him to get on his stomach. Valencia was shot and killed as he reached his hands toward the ground to lay face down. 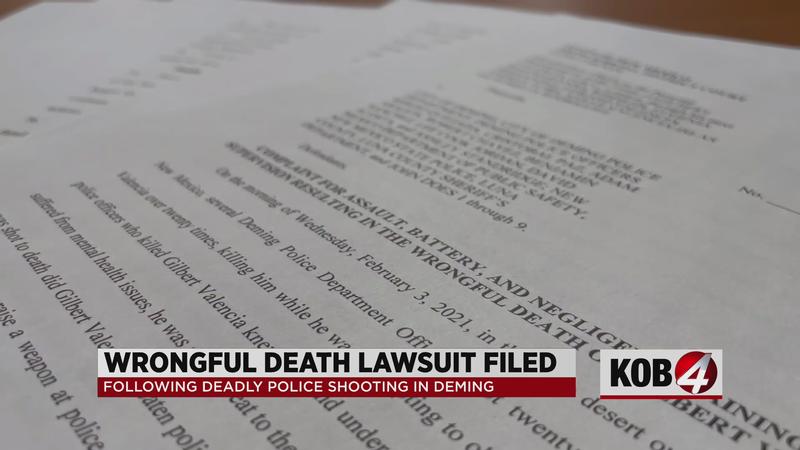 According to the filed complaint, the incident started after a driver traveling on I-10 near Deming reported a man walking near the highway with what appeared to be a rifle. The driver was unsure if it was a real gun but she believed the man may have been shooting at cars.