ALBUQUERQUE, N.M.—The Young America Football League held an emergency mandatory meeting Wednesday night, amid an alarming increase of violence at youth games. The latest fight happened at a game between a La Cueva and Atrisco team this past weekend.

“The teams that were involved in the fight, they weren’t on our radar,” said Board President-elect Michael Storms. “They weren’t bad teams, they weren’t bad coaches, they didn’t have prior complaints, but obviously at the end of the game, it got out of hand."

Regardless of the teams’ reputation before this fight, many want to know what comes next, and if the parents and coaches involved in this brawl will be held responsible. Storms said the two teams involved are done for the season.

"We did permanently ban the teams that were involved in the fight,” he said. “Unfortunately that does include the kids, and the reason that we had to do that is because there was just so many parents and coaches involved that there’s’ no way to disseminate who was involved. It was a brawl, and we can’t have that. It’s not safe, so everybody is gone."

Storms said the teams may go through an appeal process to have the ban lifted. Other people in the league say they do not believe enough was done during the emergency meeting, to set a new, safe and respectful tone for YAFL.

One coach who was at the meeting who asked to remain anonymous, sent us this message:

"Several of us left the meeting disappointed that YAFL and the Board did not really address the issues that have led to the violent behavior. There was no conversation to address a real plan or action items to address parent/coaches/fans behavior moving forward. There was no accountability. The mutual feeling was that it was a complete waste of time.

Coaches who were not in attendance to the meeting will be given the opportunity to “make it up” and it was unclear if there is going to be consequences for not attending despite threatening suspension.

Most of us coaches left the meeting disappointed with the overall tone of the meeting. That the real issues were fluffed over and the only coaches that will suffer consequences are those who are not on or buddy-buddy with the Board."

Storms clarified, YAFL does intend to enforce that punishment for coaches who did not show up. He said they will have to forfeit their games this weekend and will not be allowed to coach until they meet with the league board. He said those who were at the meeting signed an agreement saying they would be better role models for these young kids moving forward. 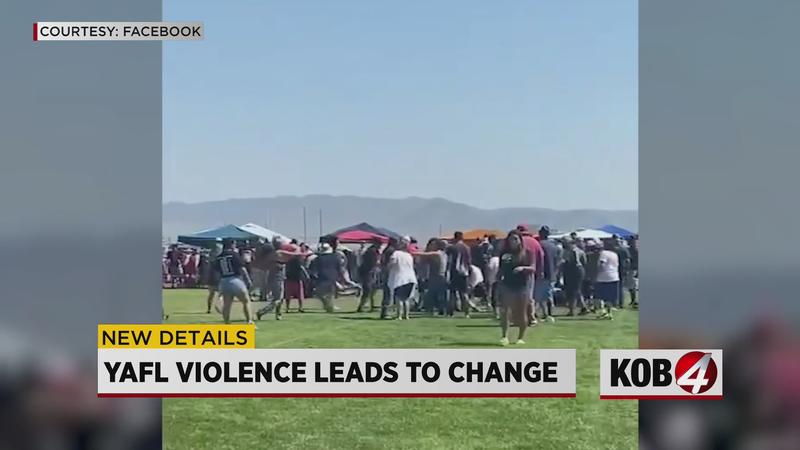