ALBUQUERQUE, N.M.- The family of an Albuquerque teen who was murdered finally has some answers.

Andres Loera was killed February 13, 2020. Police said his body was found slumped over in car near an Uptown Park.

The district attorney’s office and the Albuquerque Police Department worked on the case together, and that’s led them to locking up four suspects.

"Investigators say the one of the suspects was tied to a drive-by shooting at an APS’ teachers house– in a separate retaliation move. 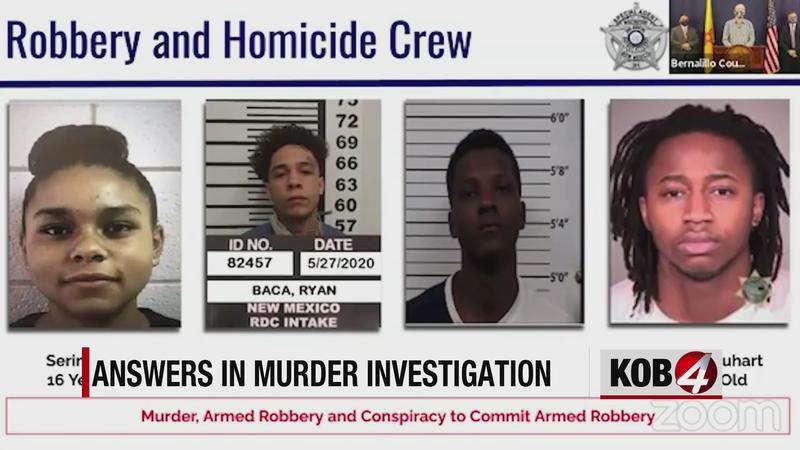 The group is also tied to a March 2020 robbery at a Portland marijuana store. They were caught in January by Jemez police during a traffic stop.

"We have got to recognize this is an emergency. This is unacceptable in our community, it’s a solvable problem, but it’s only a problem that can be solved when we stop ignoring it," he said.

Torrez said solving the crisis begins with stakeholders in law enforcement, treatment services and the courts coming together to help create policies to address the issue.