ALBUQUERQUE, N.M. – Right before the pandemic, graduation rates in New Mexico were the highest they had been in at least 10 years – until schools took a major hit.

In 2020, anxiety was at an all-time high with students working remotely but the stress was magnified for seniors looking ahead to college.

CDC research shows an increase in anxiety and depression in children as they approach adulthood. Pediatricians point to key stresses such as pressure to succeed, fear of failure and social media.

"Social media only makes the situation tenfold worse and the ability to hide behind a screen and have an anonymous account, say whatever you want to say, you know, whether it’s talking about the college process or talking about social life in general, it certainly doesn’t help,” said 19-year-old author Carter Weinstein.

Weinstein said he recently learned these lessons firsthand and now wants to share them with others. He was only 17 when he wrote "Conquering Fear: One Teen’s Guide to Overcoming Anxiety," a book written for teens, with several tips on managing and normalizing mental health. 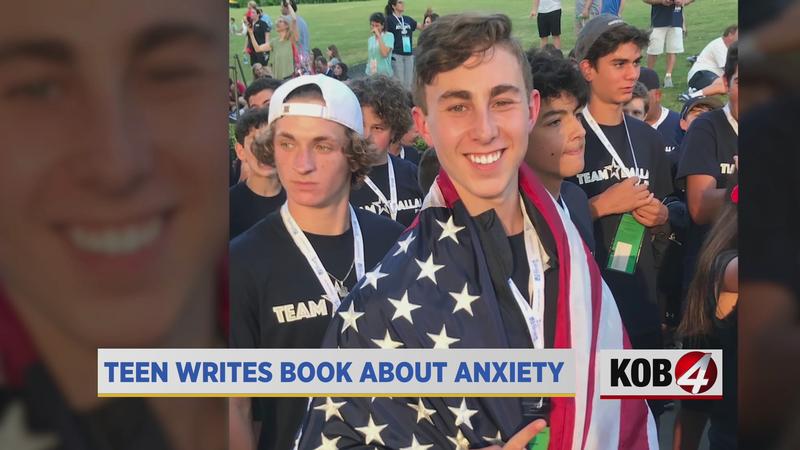 "I would say things like meditation, visualization, deep breathing and – obviously I think any physician, doctor, psychiatrist or psychologist would recommend this – enough sleep, exercise and physical activity are extremely helpful because often we can be irritable and they can arouse your symptoms of anxiety and stress when we don’t have those things," Weinstein said.

Weinstein also has tips for taking standardized tests and applying for colleges.

Click here for more information on Weinstein’s book. If you have a teen struggling with mental health, it may be worth it to seek professional help.