For one coach in the Duke City, he said this good news will even the playing field.

"Right now, we train at city pools because UNM has been closed to us,” said Doug Forbes, head coach of the Lobo Aquatics Club.

The club team has been training since about June of last year, but competing has been another story.

"We haven’t been able to do any competitions for our entry level or mid-level kids,” Forbes said.

Forbes said there was a bit of inequity. The advanced swimmers could compete, but not in New Mexico.

"Just this last month we’ve been able to travel out of state to Texas and Arizona to swim some meets, but those meets have been for upper level kids because they have qualifying times,” he said.

With the governor now allowing youth sports to resume with COVID-safe practices, Forbes said it will help out families that couldn’t travel.

“We’re now able to cater and do some in-town meets, I would think, catered to our kids that need to stay in-town,” he said. 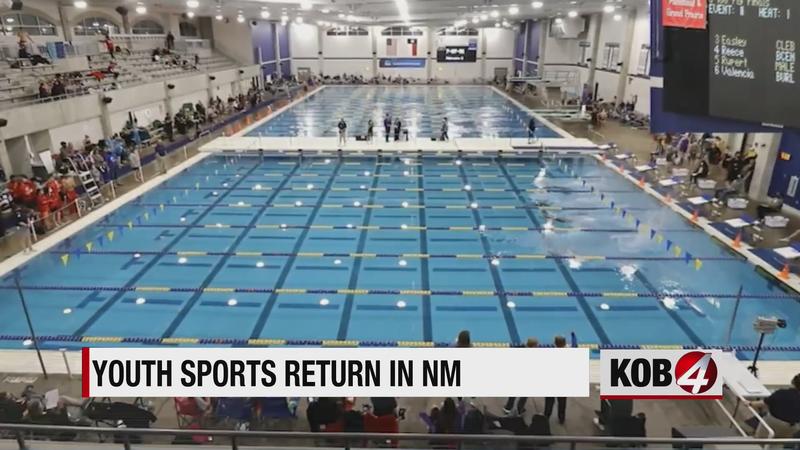