Koren, Beers, Deputy Michael Levison, and BCFD Firefighter Matt King were just finishing up a firefighting operation when they crashed last month. Weeks after, we are seeing more proof that we lost four heroes in the tragic BCSO helicopter crash in northern New Mexico.

The award recognizes a rescue operation last winter when Koren and Beers worked to evacuate more than a dozen passengers off the Sandia Tram, who were stuck overnight in freezing temperatures.

“There’s approximately 20 people that are going to be evacuated off of tram tower number two.”

One by one, they pulled each frightened passenger to safety. The rescue operation made national headlines. 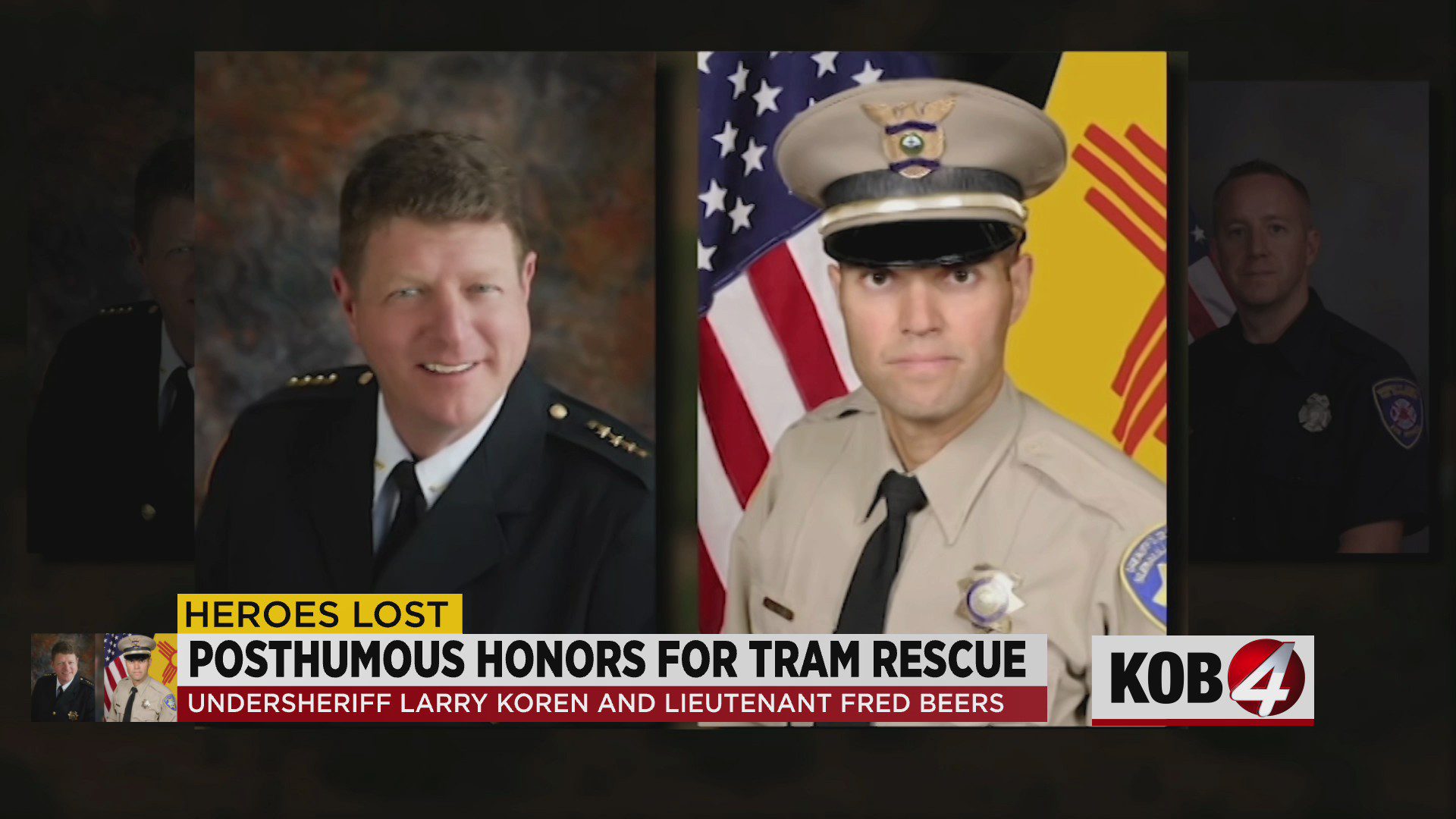 “I remember calling Larry at 6 a.m. on New Year’s Day, to tell him that were there were 21 people stuck in a tram car. He was out for a long morning walk with Maria, in a winter storm nonetheless. And in classic fashion, he just said, ‘Okay, I’ll get to the hangar,’” said UNM Paramedic Dr. Jason Williams.

The rescue operation was just one of many heroic acts.

Executive Vice President of Teledyne issued the Life Saver Award, and said the company honors “the memory and are proud to salute the countless law enforcement officers across the country who put themselves in harms way every day to protect others.”