ALBUQUERQUE, N.M. — Some of what people saw in Texas Tuesday is frighteningly similar to what we’ve been experiencing in New Mexico. Teens getting their hands on guns and taking lives – and young victims dying in a place that should be safe for every student.

Rio Rancho Public Schools confirmed police arrested a student for bringing a gun to Cleveland High School Tuesday. Another student reported it – but apparently no threats were made.

Later, Albuquerque Public Schools officials confirmed they found a gun in a student’s backpack in the Volcano Vista High parking lot. That student is also in police custody. 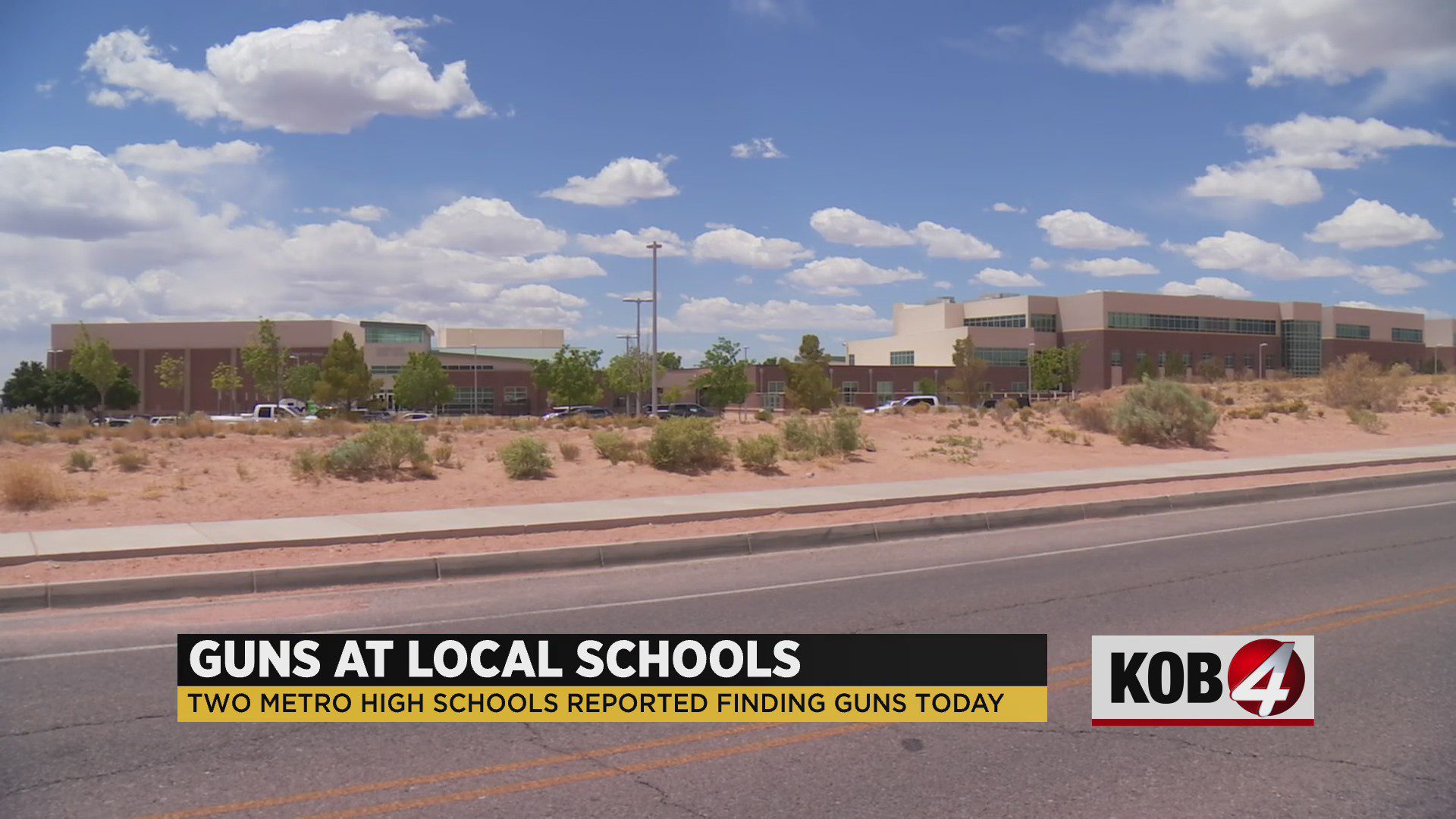 KOB 4 took this to public safety expert, retired APD commander Paul Szych.  He says to find out what’s happening with our children – we need to start with the adults.

“So they grow up in that environment, they see it, and then they start to emulate it, unfortunately. Therefore, the firearm is just a tool. It’s a part of emulating that lifestyle,” said Szych. “As a society it’s slipping away from us, you know our juveniles are in some cases becoming just as violent as adults. And that’s scary.”

What does he believe needs to happen to make schools safer?

So often, any potential solution gets overshadowed by the immediate political fights. His overarching message is until every single interested party is fully committed, it’s not possible for us to have substantial change.

Szych, like many of us today, mentioned previous tragedies that led to outrage – but no reform.

“Sandy Hook should’ve been a lesson for every person in this country that if we don’t determine that we’re gonna be the most fully committed to ensuring our kids are safe at school, that it’s gonna repeat itself. And that’s exactly what it’s done. Hundreds of times it’s repeated itself. And this is no exception,” said Szych.

Szych believes elementary schools should have the most armed officers because those younger students are more vulnerable.

“If that teacher is incapacitated or neutralized by an offender now you’ve got thirty helpless individuals that have almost no ability to make these decisions to engage the offender.” Szych said. “If you don’t have a police officer at the location in the school when the shots start being fired or even before they’re being fired, you’re now dealing with lag time. And that lag time, unfortunately, results in people losing their lives.”

Now we wait and see if any action will be taken on the federal level to address gun violence.

Legislation was introduced in the Roundhouse this past session to hold adults accountable responsible for gun crimes committed by their children, but it never got to the governor’s desk.