LOS LUNAS, N.M. — Last May, the New Mexico Public Education Department suspended Bryan Smith and the entire Los Lunas School Board due to allegations of violating the Open Meetings Act and interfering with district contracts.

Smith and Elroy Giron were the only two who appealed that suspension.

“My decision to appeal was, I had been on the board for an entire term and I just got reelected, I had people that voted for me to perform the duties of that job, and I owed it to them to get back on that board. I was not going to let their votes just go out the window and not be counted,” said Smith.

Now, a judge has ruled to reinstate both Smith and Giron.

Smith said the ruling was his last hope. 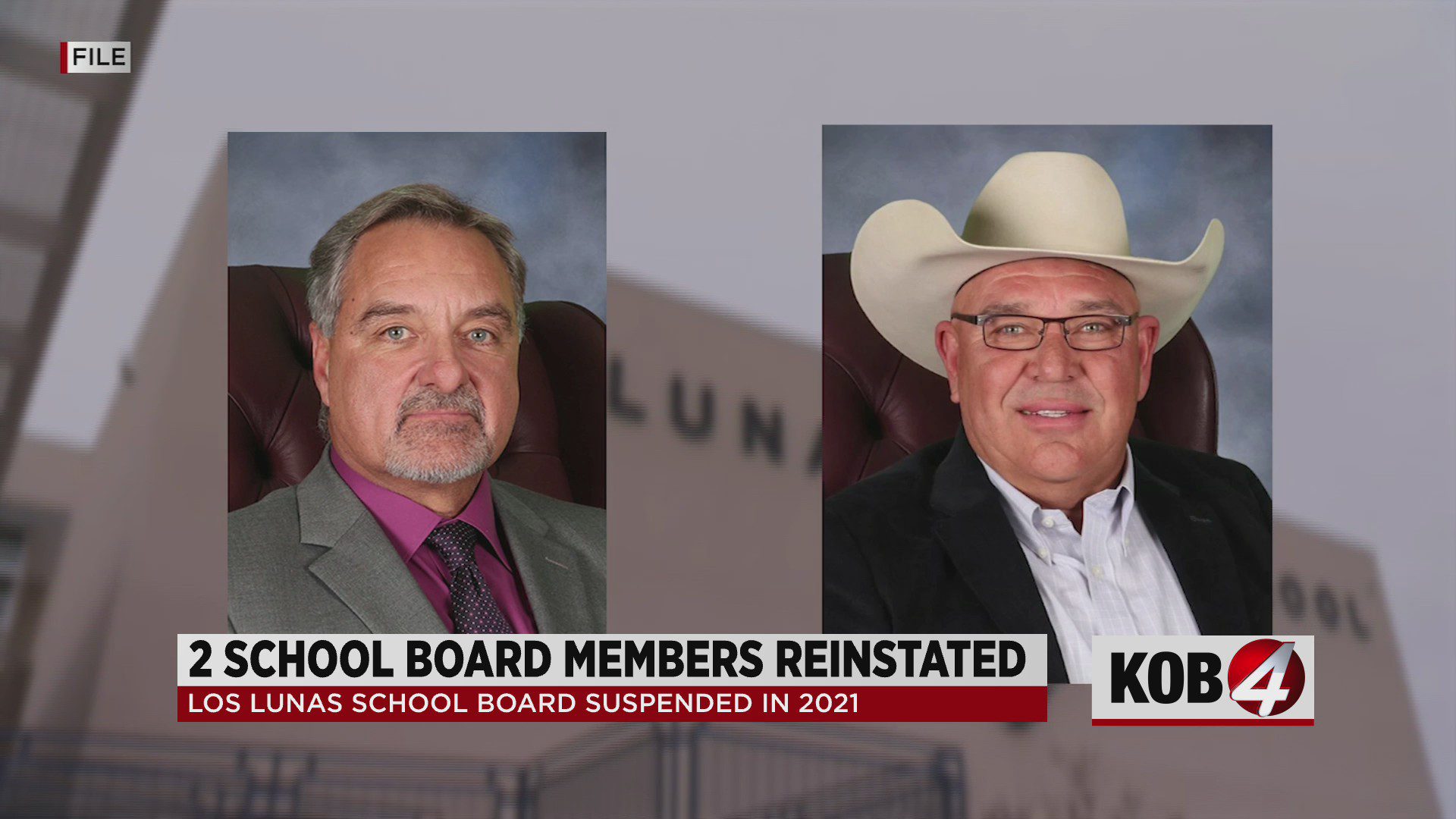 The judge ruled there was no substantial evidence that Smith or Giron did anything wrong, and that the state’s secretary of education failed to consult with the Public Education Commission as required by law.

Smith and Giron were reinstated as of May 19, 2022. Smith said he was denied due process with the suspension, but thanks to the judge, he’s glad to be back.

“Two years later, we had an official hearing and that’s when I got my day in court, and that’s what I got put back on the board. I’m thrilled we had the best staff in the state. Our students are amazing and I’m back,” Smith said.

He said he believes the complaints started coming in reaction to the board voting out the superintendent at the time. He and Giron regained their seats through the appeals process.

A third suspended board member is also back on the board – David Vickers was reelected to his seat.