4 Investigates: Inside the RSV Crisis

ALBUQUERQUE, N.M. — It’s a quiet crisis, the soundtrack to which is the beeping of heart or respiration monitors, the occasional croupy cough, and fussy cries of infants.

“It is the worst I’ve seen,” says Maribeth Thornton, an associate chief nursing officer at the University of New Mexico Children’s Hospital.

On a recent evening, she walked a 4 Investigates crew through two impromptu wards set up to try to treat an outsized, early season spike in cases of RSV — or Respiratory Syncytial Virus. One is a post-operative recovery ward not normally used for overnight care. The other is a 12-bed intermediate care nursery on the hospital’s third floor. Blue curtains drape from tracks on the ceiling as families talk softly and uncomfortable children offer the occasional cry.

“This is the first year we’ve ever had to open that area to take care of kids with viral illnesses,” says Thornton.

RSV is a normal seasonal occurrence. In winter, it’s frequently one of the leading causes of hospitalization for infants. Small children not only have smaller lungs, they also are less able to clear their airways, meaning pediatric nurses are a must for treating serious cases. 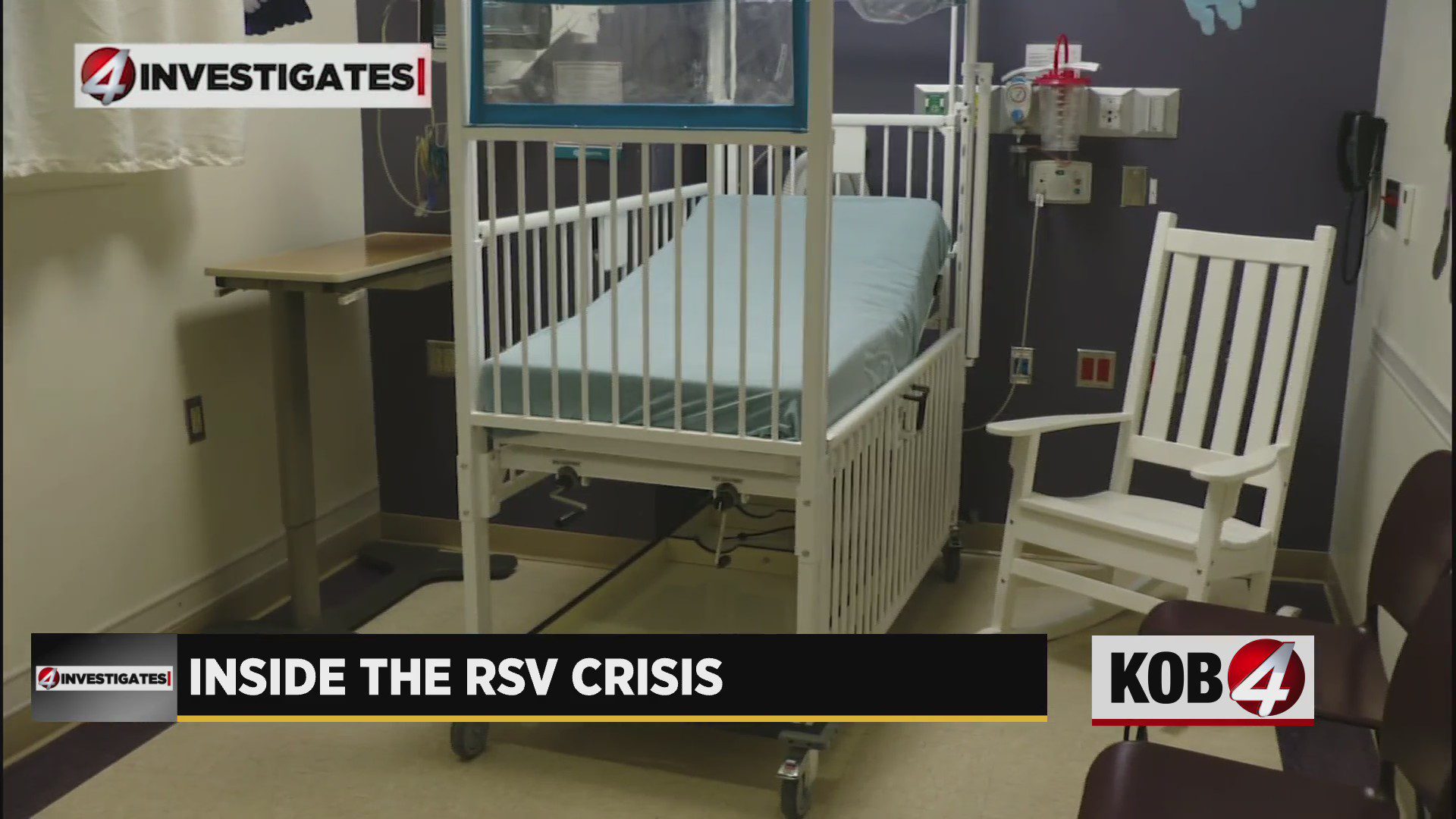 Thornton says the hospital often hires additional travel nurses in January for a three-month RSV season. But as confirmed case numbers doubled and New Mexico recently led a group of CDC-tracked states for RSV hospitalization rates, the facility and others like it a scrambling to give tired nurses the support they need. UNM has 150 pediatric nurses on staff, Thornton says, but could easily use 40 more.

New Mexico hospitals recently put out a call for recently retired pediatric nurses to return to pick up shifts.

RSV is transmitted through droplets spread by coughs and sneezes. Many medical experts believe younger children who were relatively isolated during COVID failed to build up the normal resistance to seasonal viruses, leading to a so-called immunity gap that is exacerbating the spread of viral diseases. However, the pandemic also provided a template for limiting disease transmission. Health care workers say frequent handwashing and even strategically masking kids who are coughing can help control RSV’s spread as Thanksgiving approaches. While the disease most frequently impacts young children, elderly adults with weakened immune systems are also vulnerable to more severe cases.

As nurses walk back and forth between beds, they may not look as though they’re in crisis mode, but the day-in, day-out care that’s needed in a place where there’s rarely an empty bed takes a toll.

“In the past week we’ve been running between 125 and 135 percent capacity,” Thornton says. “Our staff is working incredibly hard and they’re tired, both physically tired and emotionally tired.”