4 Investigates: The toxic legacy of a uranium ghost town

In five subdivisions outside of Milan, New Mexico, daily life takes place in the shadow of a 22-million-ton pile of uranium mill tailings. The byproduct of the almost overnight uranium boom in the Grants Mineral Belt, the tailings have been leaking radioactive elements like uranium, radium and selenium into the soil. Radon gas wafts into the air.

The site is the responsibility of the Homestake Mining Company, which began milling uranium in the late 1950s. Regulators found concerning levels of pollution just months after it opened. Six decades on – four of which it’s been designated a Superfund site – the cleanup plods slowly along. Now, the company believes it’s time to walk away.

In partnership with ProPublica, a nonprofit investigative newsroom, 4 Investigates looked into the company’s record of missed deadlines and unfulfilled promises to clean up. The team also explored the delicate approach of state and federal regulators who have allowed Homestake wide latitude when it comes to holding the company accountable for its pollution.

Rather than finish the cleanup, Homestake’s current owner, the Toronto-based mining giant Barrick Gold, is now preparing to ask the Nuclear Regulatory Commission, the independent federal agency that oversees the cleanup of uranium mills, for permission to demolish its groundwater treatment systems and hand the site and remaining waste over to the U.S. Department of Energy to monitor and maintain forever.

Even as the radioactive boom began, regulators spotted signs of a painful future when the inevitable bust came. Less than two years after the mill started churning out yellowcake in 1958, regulators discovered radium-226 in groundwater.

The radioactive elements have been linked to cancer and thyroid disease, two problems so prevalent in nearby communities that residents began to map the diseases.

They call it a “death map.”

Driving through Murray Acres, Candace Head-Dylla seemed to know it almost by heart.

“Death by cancer on this property. Breast cancer over there. My mom had breast cancer. I have no thyroid. Over there, thyroid problems,” she said. 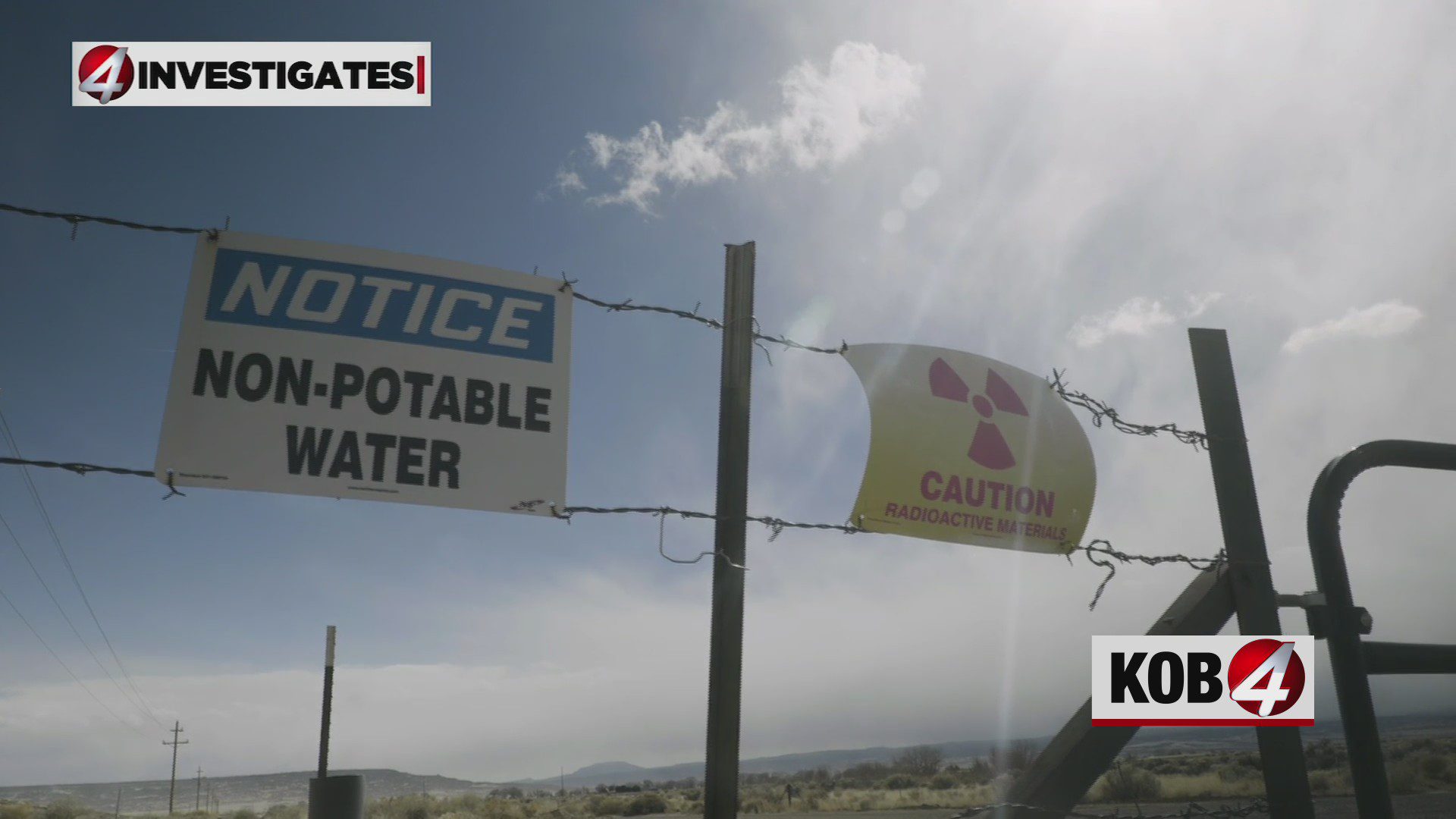 While the community groups that sprouted up in the subdivisions have laid the blame at the feet of Homestake, they also have plenty of complaints about regulators.

“For years we felt like the NRC colluded with the company. It was like the NRC was not a regulatory agency. They were boosters,” she said.

The Nuclear Regulatory Commission said the area’s underground water flow is especially complex, and that it is focused on public health rather than deadlines.

In a response to questions, Homestake said “…the site is at a point where it is not technically feasible to provide additional, sustainable improvements to water quality.”

Chris Shuey, an environmental health specialist at the Southwest Research and Information Center in Albuquerque, said the company is now employing a common tactic used by polluters.

“What Homestake wants to do now is to essentially ask the government to legalize the pollution that is under and around the tailings pile in the groundwater through what they call alternative concentration limits,” he said. New limits would mean a greater likelihood that Homestake could stop its cleanup efforts.

The company has also been buying out homes and property at a furious pace. By the end of 2021, it owned more than eight of every 10 parcels in the communities around the tailings – some 14,000 acres with 123 properties left to buy.

Though she built her home from the ground, up with her family, Candace Head-Dylla saw illness out every window.

“It’s beautiful. It was where I thought I would always, always live,” she said. ” We laid all the blocks, did all the cement work, we framed it.”

One resident said at a recent community meeting that the neighborhoods had started to feel like a ghost town.

Shuey said regulators can’t know for certain if the plume of toxic groundwater will stay more or less in place once the company leaves, or if it will begin to move toward Milan and Native communities that draw from deep aquifers for their drinking water.

“If this ends up happening and the government awards these alternative concentration limits, essentially that tailings pile and its groundwater contamination will be left there,” he said.