ALBUQUERQUE, N.M. – Early Sunday morning a family woke up to someone shooting at their southwest Albuquerque home. Luckily, no one was hurt, but police have no leads as to who did this or why.

Walking up to Maria Hernandez’s home it’s hard to miss the bullet holes that pepper the front of her house and the cars parked outside. Inside, the bullet holes go all the way to the back wall and out the window.

“In this room we have three holes, that went side to side. This one is from the front door this one too,” said Maria Hernandez as she points out all the holes in the back of her dining room, she pauses and gets emotional as she points out the bullet hole next to their Christmas tree. “And this one came out from my daughter’s room. It came all the way back here.”

That bullet went through at least three walls before going out to her backyard. As Hernandez walks over to her kitchen she continues to point out the damage.

“These ones on the cabinets came from, I believe from the living room windows. Two of them went all the way through to the laundry room,” said Hernandez as he opens up another cabinet with a bullet hole in it. “We had some instant noodles in here and this one was even hit, see there is the hole.” 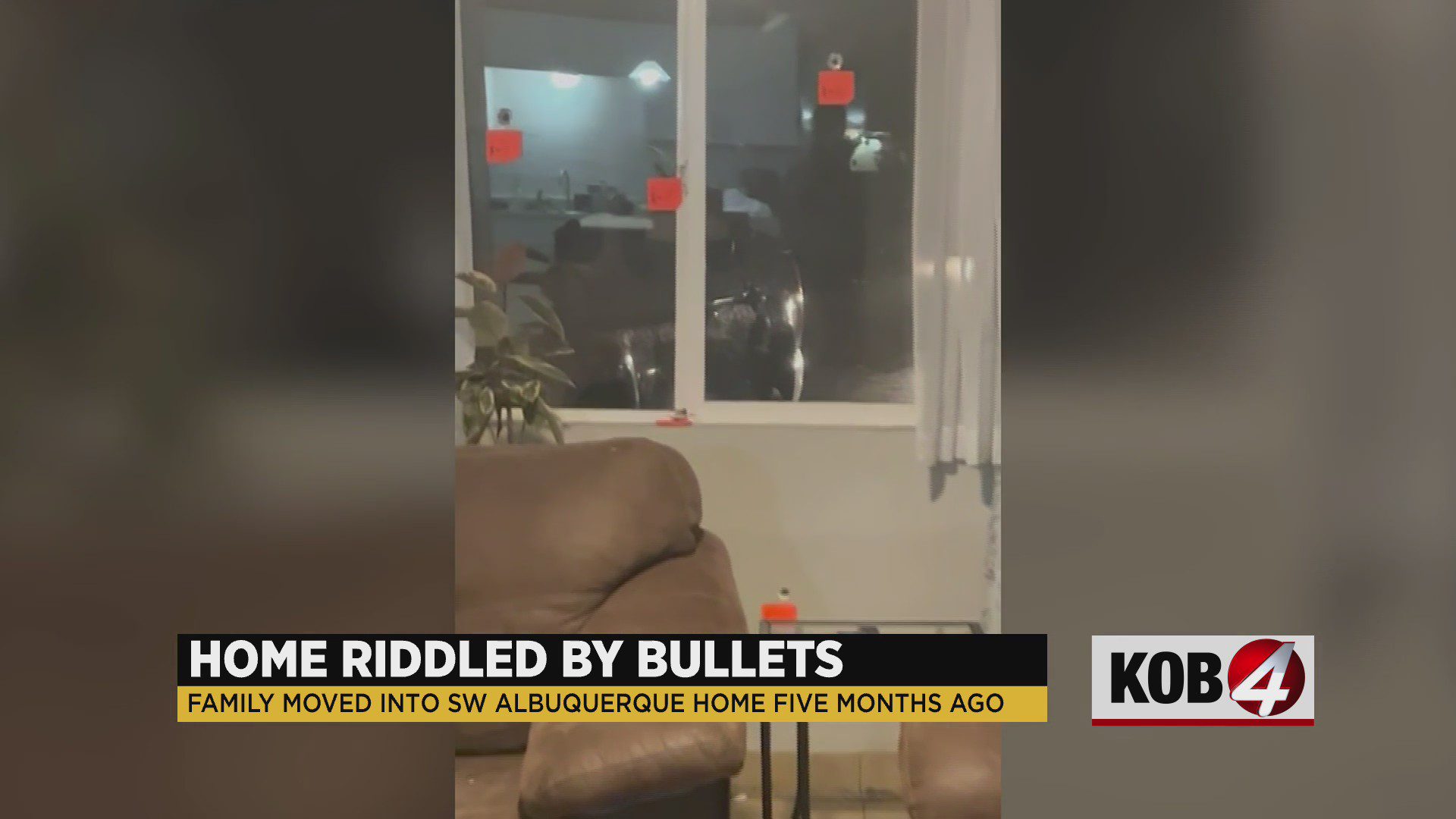 As she picks up the cup of noodles you can see there is another hole in the back of the cabinet. All impacts left from the 2 a.m. shooting.

“I was asleep I was woken up, I heard all the gun shots I didn’t realize it was our house getting shot,” Hernandez said. “We thought it was just a single or a few we had no idea it was that bad.”

Investigators counted 56 bullet holes in the front of the house. That doesn’t include the number of times their cars were hit out front. Out of the six homes on this cul-de-sac—only the Hernandez’s were hit.

“The officer said it could be- like I said someone looking for someone, the previous people living here, or someone just doing it randomly for fun,” Hernandez said.

Its been less than five months since Maria, her husband, and two young daughters moved into this home. She says they have no idea why they were targeted.

“I don’t know if they are looking for someone, they probably think they are still living here, and I just want to let them know it’s not us, and we are not them, and we don’t have anything to do with them,” Hernandez said.

As they work to pick up the pieces it’s hard to imagine what comes next.

“It’ll be sad if we have to move,” Hernandez said.

What’s worse, Hernandez says her security camera didn’t catch who did this – neither did any of her neighbors. Because of that, investigators believe the shooter never even came into the cul-de-sac instead they suspect the shooters opened fire all the way from the street.