ALBUQUERQUE, N.M. – Albuquerque police said at least 90 units were burglarized at Otter Self Storage Sunday. Officials are still in the process of notifying everyone affected.

Alice Webb said she was out of town when she found out through the Nextdoor app.

“I saw somebody was alerting everybody that the Otter Self Storage unit north of Lomas on San Pedro had been broken into, and homeless were living here and was really trashed out and everything,” she said. “So I came over.”

She said she was worried about the thousands of dollars worth of artwork in her unit.

“I’m secure,” she said while checking her lock, which was thankfully still intact. “I’m so happy I’m secure.”

Frances Kilpatrick’s friend was not so lucky.

“Her lock was cut,” she said. “There was trash around, lights were on, many units had been broken into.”

A third woman sent us a video of a unit piled high with debris, trash and clothing, even buckets used to collect human waste.

A second video shows an electrical cord running from the ceiling into another unit.

Everyone KOB 4 spoke with said they tried calling Otter Self Storage, but have not been helped. Our crew tried calling the number painted on the front of the building, but the line was out of service.

We tried calling a second number that was posted on a Google Review for the company. A representative answered and told our crew Otter Self Storage does not have any representatives based in New Mexico. They also said all calls go straight to the corporate office in Illinois.

When asked about the recent break-in, the representative said the company is aware of the incident and does not have a comment at this time.

A spokesperson with APD said the department has responded to three other burglaries at Otter Self Storage this year. As for the incident on Sept. 4, officers were investigating reports of a suspicious person. When they arrived, APD said multiple suspects took off in a white Chevy truck.

APD is asking for the public’s help in identifying and finding the pictured individuals and vehicle. They ask anyone with information to call Crime Stoppers at 505-843-STOP. 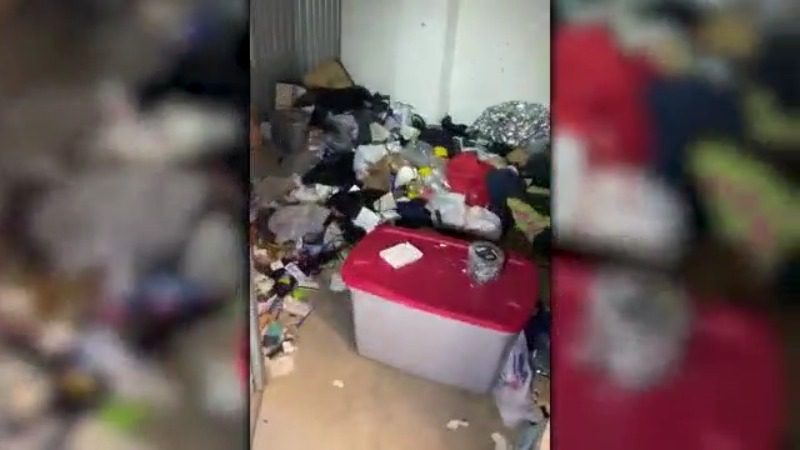