A closer look at Albuquerque’s history with problematic parks

ALBUQUERQUE, N.M. – As leaders work out a plan for the closure of Coronado Park next month they could look to several others across the city for inspiration or ideas. Like Kimo Park, for example. It’s a small park at the corner of San Mateo and I-40, that proved to have big issues. Big enough that the city shut it down in 2018.

“I would say that this is a very unusual circumstance we’re not in the habit of disposing of parklands often but in this case it’s merited and it’s actually the best move for the taxpayer,” said a former Parks and Recreation Department employee back in 2018, when they decided to fence it off and shut it down.

Up the road to Los Altos Park, the city took a different approach.

After a couple of shootings and homeless camp developments, the city decided to put millions into it. A handful of softball fields are on the way. Mayor Tim Keller addressed the hope for how things could change there last year.

“There are some basics, like line of sight, so that we make sure there aren’t different areas where people can hide, do drugs, things like that, and also the lighting,” said Mayor Keller in June 2021. “That’s why the design is so important for this.” 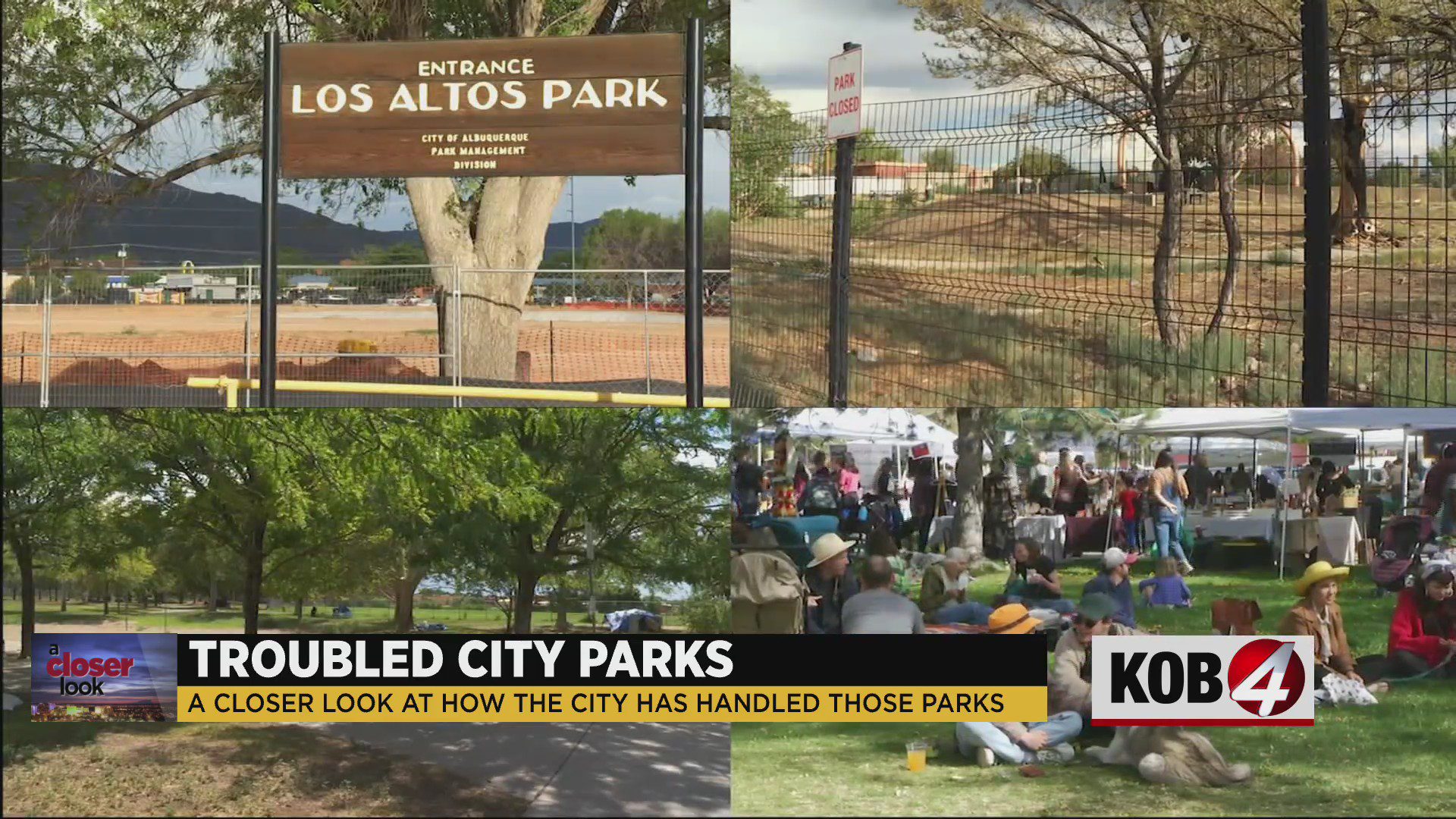 Downtown’s Robinson Park went through its own issues in 2017 and 2018, where people voiced concerns about the number of needles in the park, and not feeling safe in the area.

The city fenced it off for 14 weeks, made some improvements, and now it’s packed every Saturday morning for the downtown growers market.

And in the heart of the International District, there’s Phil Chacon park.

Pastor Joanne Landry of the Compassion Service Center down the street used it as her inspiration 13 years ago.

“We knew that the folks needed so much more, and we needed to clear the park,” said Pastor Landry. When she got the center up and running, she began to serve a lot of that park’s population.

More than a decade later, she’s now serving hundreds every day, and hoping others will adopt her model as Coronado Park closes.

“This is a really good time to provide options and the compassion service is one of those options that really is working,” said Pastor Joanne.