ALBUQUERQUE, N.M. – An Albuquerque mother says she was robbed at gunpoint in her sister’s driveway, while her child was stuck in the car.

The mother alerted the police right away, and filed a police report. But with the suspects at large she’s been doing some detective work of her own.

Ashley Olivas was outside her sister’s house around 4:45 p.m. last week when she noticed a white truck stopping in front of the house.

“That’s when the guy jumped out of the car, left his truck running pulled out a gun and cocked it, and he said that he wanted my car keys,” said Olivas.

All while her most important possession was inside. 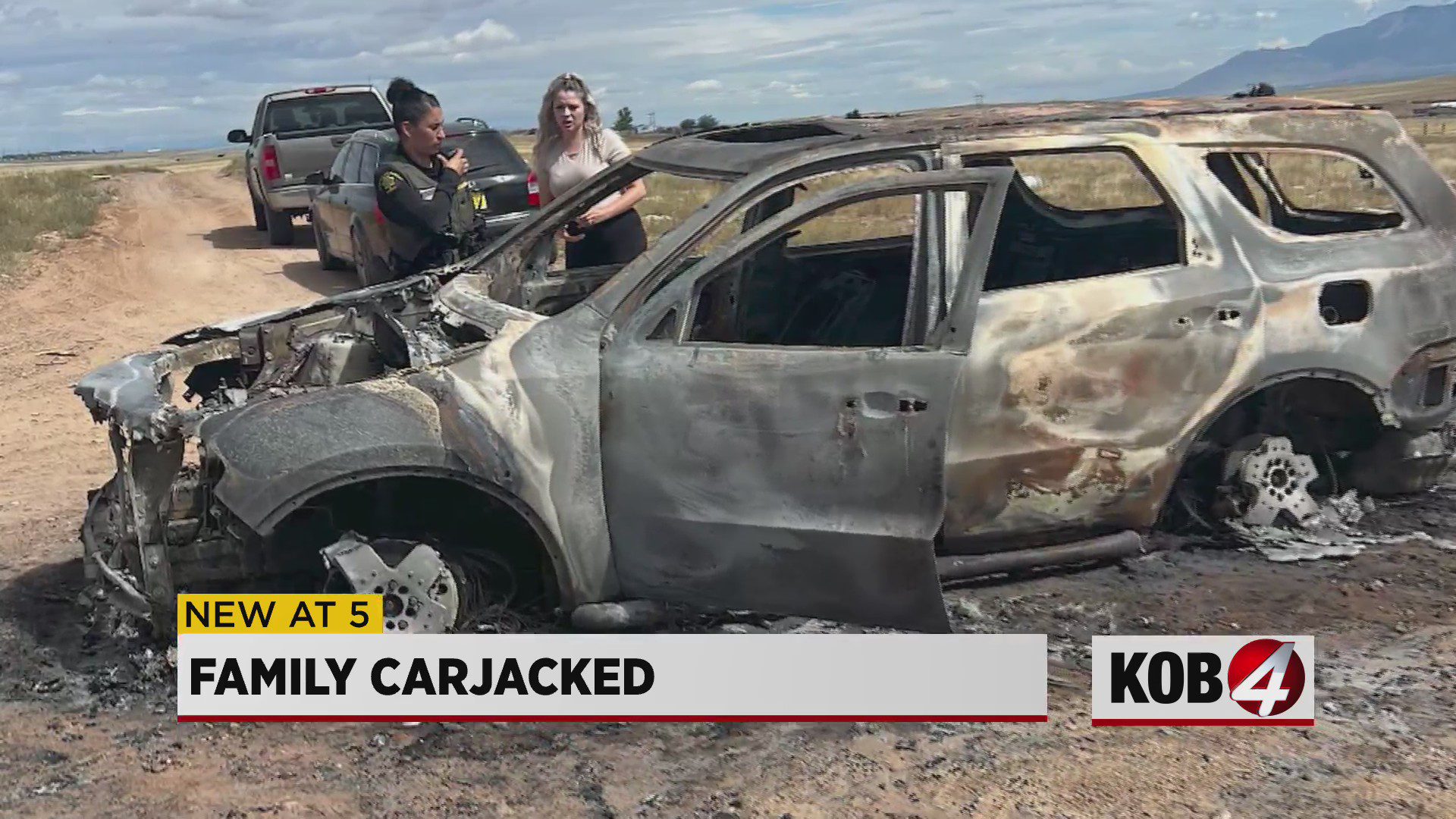 “My kid was in the car and I was begging him to let me get my kid first, he didn’t want to and I told him he can have whatever he wants just let me have my son,” Olivas said. “He said give me your car keys, so I went to the front and said let me have my kid and you can have anything else, and he said fine. I threw the car keys on the back seat and as I was getting my son he put the gun on my sister’s head.”

Soon after the gunman took off with her car with all of Olivas’ electronics, so she’s been tracking them for weeks

“Right now currently I can tell you they are at a hotel off of I-25 and University, a Motel 6 which is known for criminal activity. Parts of my car is at a shop in what people call the warzone I guess, I don’t know if I should give addresses- I know the exact address of the home where all my stuff is at,” said Olivas.

Olivas says she wants these criminals off the street so no one else has to encounter them.

“The look of evil in his eyes, or not his eyes but his body language he didn’t care at all to see how scared we were, almost as he has done this before he was very comfortable,” said Olivas.

KOB 4 reached out to APD and they said at this time no arrests have been made. But the stolen vehicle appears to have been located by BCSO and evidence recovered from it include latent prints and DNA which they are hoping will track down the offenders.