SANTA FE, N.M. – Advocacy groups are calling on lawmakers to address claims of harassment at the state Capitol. It comes after multiple allegations of sexual harassment, abuse, and bullying from state Sen. Daniel Ivey-Soto earlier this year.

Several advocacy groups spent the lunch hour calling for safety at the Roundhouse. They want to see a new independent process for investigating allegations of harassment and they want transparency in how it’s done. They say every New Mexican deserves to be here and to feel safe.

The signs and safety vests were just part of the message in front of the Roundhouse Monday.

“The survivors the women who have been compelled into silence or their lack of faith in the process and the Legislature to come forward for the justice and accountability we deserve,” said Lan Sena policy director for the Center for Civic Policy.

Sena says the legislative system designed to field complaints and investigate allegations of harassment at the Roundhouse is broken– they point to the many recent allegations against Soto. 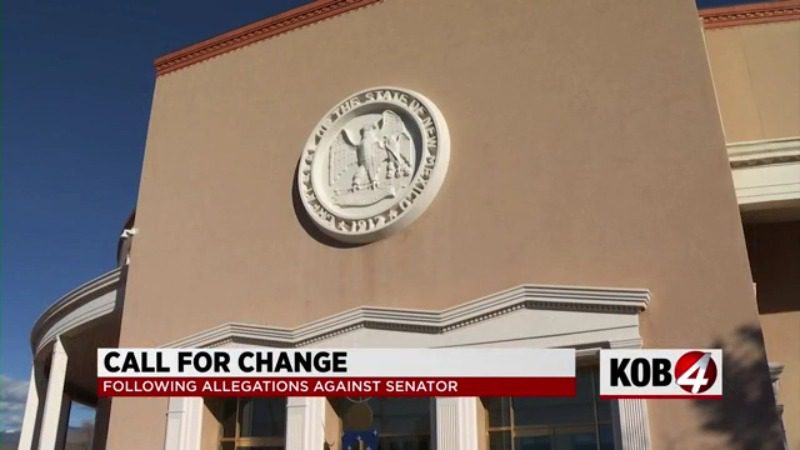 The Albuquerque Democratic state senator says an investigation into a complaint against him earlier this year has been closed and no disciplinary action was taken. It was decided by a private four-person ethics panel. The process has not helped the people coming forward.

The calls for a more transparent process made it to the legislative council meeting Monday where lawmakers recognized and proposed changes to the anti-harassment policy. There were recommendations for changes like adding another person to the panels.

But other fixes will have to be done legislatively, in the upcoming session.

Senate pro tem Mimi Stewart says the Senate Committees Committee will meet later this week to discuss her recommendation to remove Soto as Chair for the Senate Rules Committee.