Fire crews are already out patrolling the bosque, others are ready to respond to calls. But they all have one very clear message: with high fire danger, be extra careful if you plan on setting up your own fireworks display this year.

“We always hear a lot of fireworks, all throughout the night,” said Ilana Lucero Mora.

“We’ll probably hear them the rest of the summer,” said Taylor Dunham. 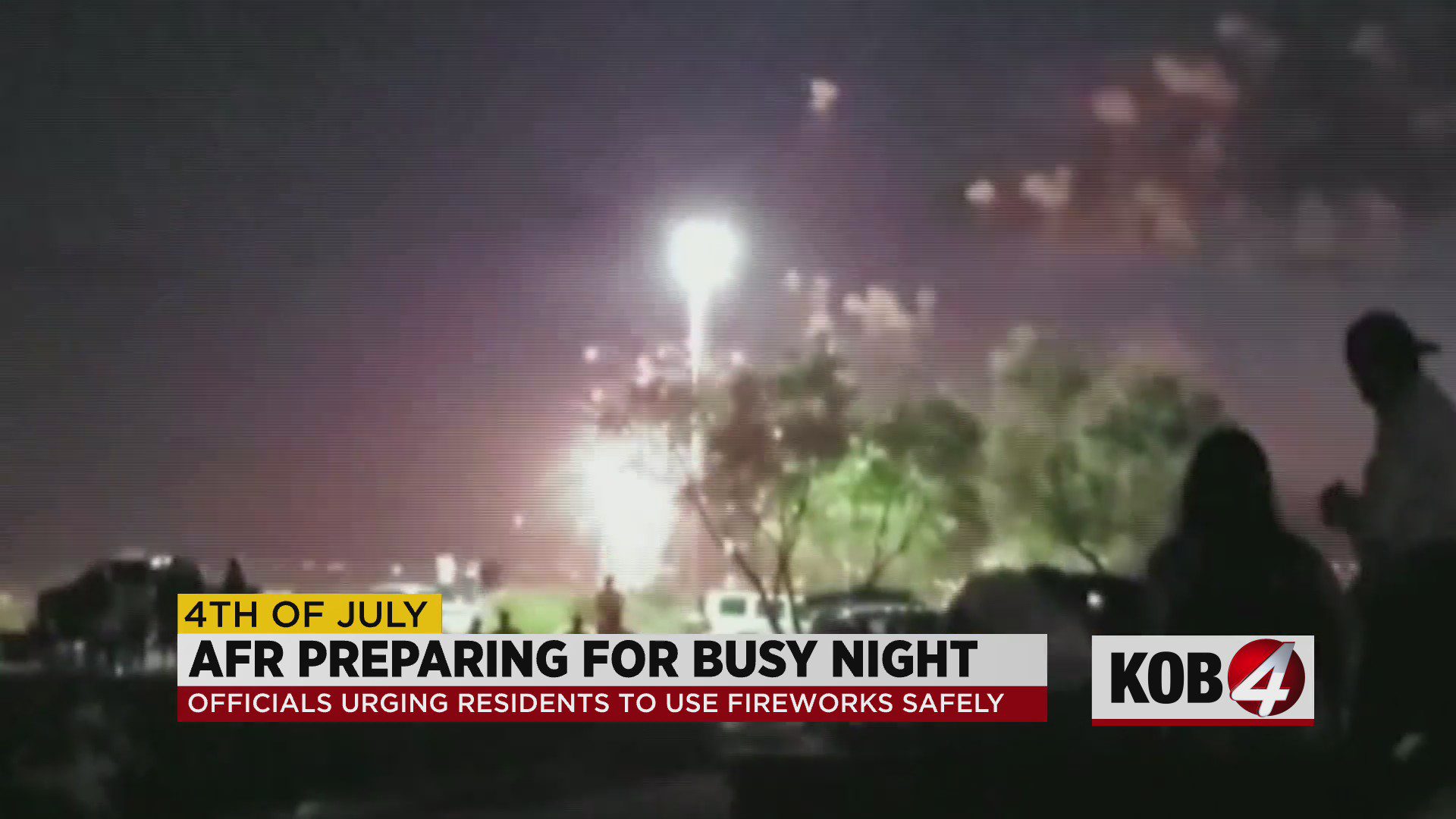 There’s a reason for it tonight, and there’s a safe way to do it.

“Utilize a flat dry surface, have some water available if a firework does happen to get carried away,” said AFR Lt. Tom Ruiz.

Ruiz says the type of fireworks matter and that the big stuff is illegal within city limits.

“Anything that you would have purchased, up to this point, in the city limits is legal,” said Ruiz.

While he says crews expect to be busy tonight, there is a way to ease that burden. Stick to the rules, and don’t use 911 as a way to report illegal fireworks.

So stay safe and enjoy those Independence Day festivities.

There’s a really easy way to check to see if the fireworks you have are legal: check the packaging will say the word “caution.”

If it uses the word “warning” instead, that is considered illegal fireworks.

There are serious consequences for anyone caught using illegal fireworks. The city says violators could receive a $500 fine and up to 90 days in jail.

However, APD says it will only arrest people if their firework use causes damage or potentially starts another wildfire.