Aggressive mosquitoes in Albuquerque may be here to stay

ALBUQUERQUE, N.M. – Go ahead a stock up on bug spray, experts say the recent surge of mosquitoes in Albuquerque could become the new normal.

“Just about everyone in Albuquerque has noticed them, and if they haven’t, they haven’t been spending much time outside,” said Nick Pederson, the city’s Urban Biology Division Manager.

Pederson confirmed there are indeed more mosquitoes flying around Albuquerque and Bernalillo County, but says they are not the ones New Mexicans are used to.

“They are solely targeting people, and they found out how to feed on people without getting killed,” he said. “They fly quietly around you, they’re not buzzing your ears, there’ll be on the back of your legs, back your ankles back your arm, very sneaky.”

Pederson says an invasive species of mosquito is behind the surge. It’s called Aedes Aegypti. The species is native to Africa, but crossed over to the Americas during colonial times. 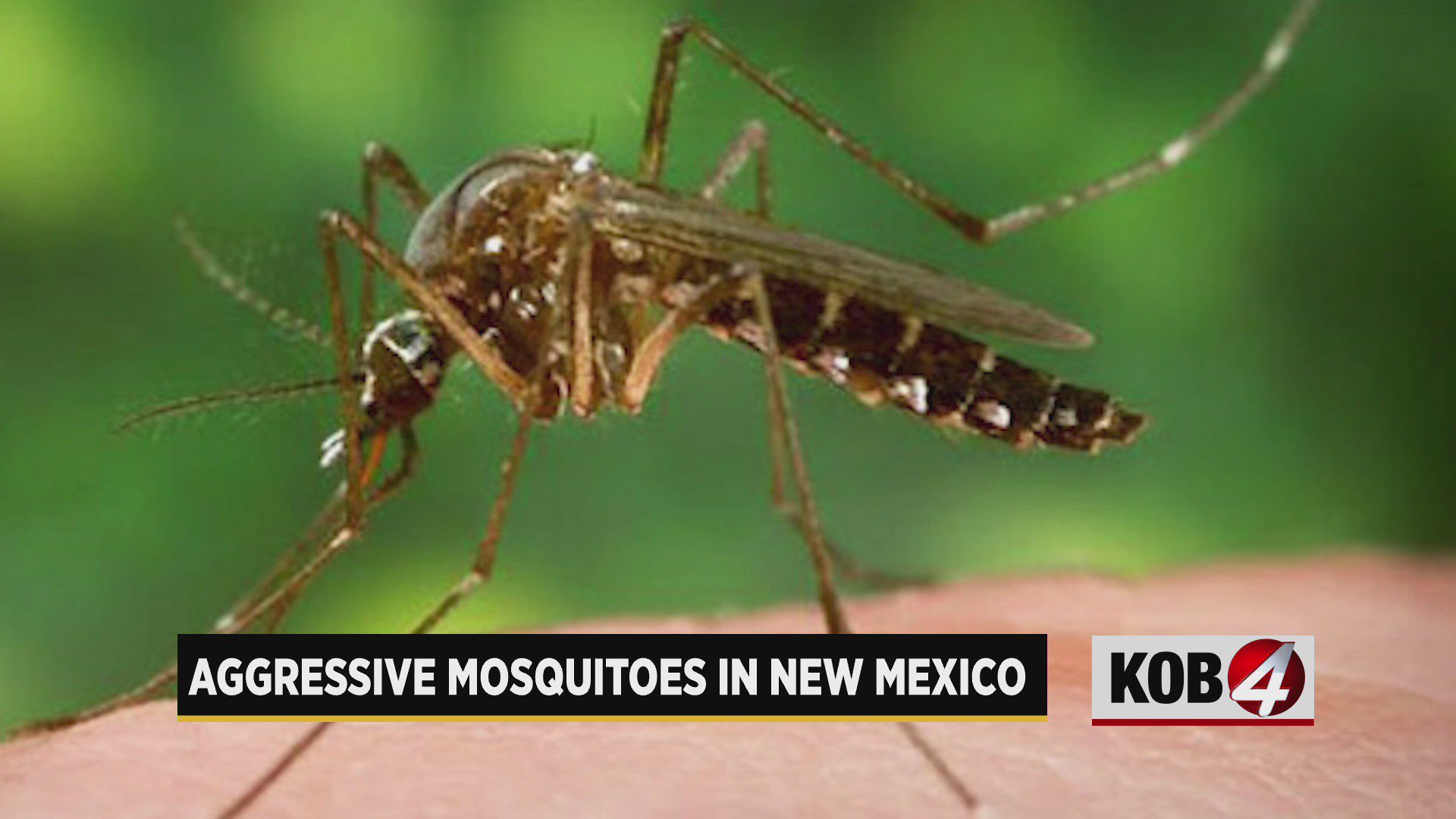 The New Mexico Department of Health confirmed the species was not seen in New Mexico until 2016, and it took another two years before it showed up in Albuquerque.

Pederson says the city was hoping Albuquerque’s weather would limit their activity.

“We thought climate issues would help us be in that we’re too cold and we’re too dry,” he said.

That wasn’t the case. Pederson says Aedes Aegypti populations start to explode in size in 2021 and continued into 2022. He says an intense, cold winter could significantly reduce populations, but adds the species is known to find refuge inside homes and other structures.

Ironically, Pederson says people are less likely to find the invasive species in the Bosque because they prefer to live near humans.

“They have figured out how to make people their food source, and that’s why they’re around the home so much. They want to be close to people,” he said.

Pederson says the species is also incredibly adaptable, especially when it comes to reproducing.

“These invasive species they make use of much smaller sources of water,” he said. “It’s as simple as a clogged gutter holding a cup full of water, or a fast food cup that is blown into the bushes and now got filled up with rain and you might not even know that it’s there.”

Pederson says the typical mosquitoes found in New Mexico rely on large, shallow pools of water to reproduce. He says the aegypti can reproduce in just a bottle cap full of water within a week’s time.

The invasive species also poses serious health concerns. Pederson says the aegypti are the primary vector for Zika, Chikungunya, Dengue and Yellow fevers. He says there are no confirmed cases of the species transmitting those diseases in New Mexico; however, NMDOH did report the first mosquito-borne case of West Nile Virus Monday, but it’s not clear if that case involves the invasive species.

Pederson says the city is actively looking at ways to reduce the numbers of the invasive mosquitoes.

Other states –including Florida – have released genetically-modified mosquitoes in the environment. Those specimen are either sterile or designed to pass off genes to sterilize future generations to eradicate populations. Pederson says it’s possible that could happen in New Mexico.

For now, Pederson is encouraging residents to keep an eye out for standing water and remove it before mosquitoes can successfully reproduce.

“Completely removing breeding habitat is going to be an important first step. So that includes anything that holds water, just make it so mosquitoes cannot access it,” he said. “It only takes a single yard, potentially to have that negative impact on an entire neighborhood.”

The City of Albuquerque’s Environmental Health Department released this graphic detailing what things homeowners should be checking.