Al Hurricane, godfather of New Mexico music, to be honored at Isotopes

ALBUQUERQUE, N.M. – The Isotopes’ fifth Mariachi game of the season comes with a tribute to Al Hurricane, also known as the godfather of New Mexico music.

“It’s been in the making for the last two to three years,” said Al Hurricane Jr.

The music legend will be honored with a pregame performance by his son, Al Hurricane Jr., and his band.

“Since it’s a tribute to my father, we will do mostly his music,” said Hurricane Jr.

Without a doubt, Hurricane Jr. followed in his father’s footsteps. 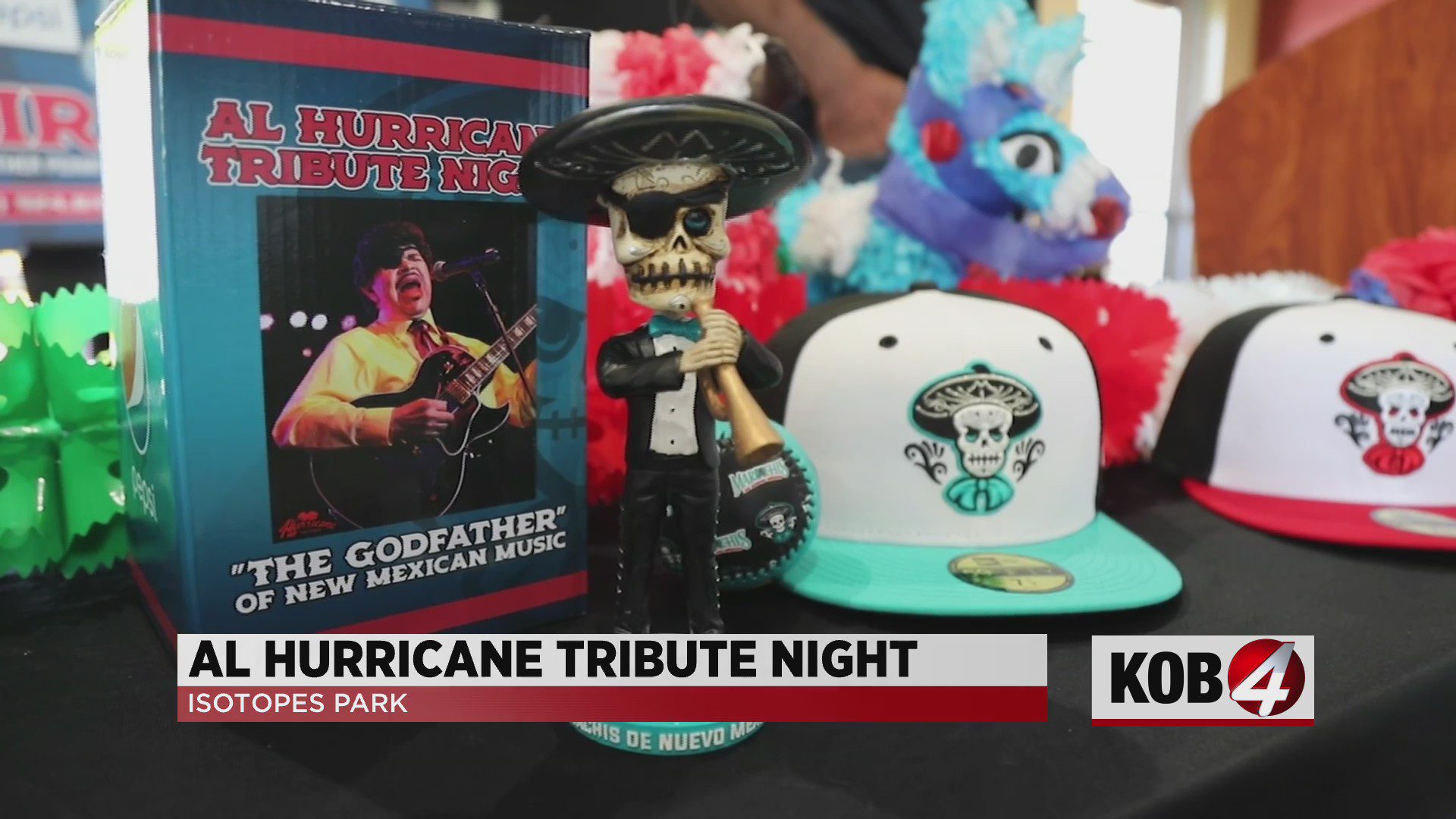 “He says you’re always going to be in my shadow, and I said that doesn’t matter, I can follow that shadow wherever it goes. You’ll just open up the road for me,” Hurricane Jr. said.

Fans will have the chance to get an autograph after the pregame concert. If fans are among the first 3,000 to arrive, they will get a free Al Hurricane bobble head.

“I’m so proud, I wish my dad were here to experience it with us. In some ways I know he is watching over us, he’ll experience it,” said Hurricane Jr.