ALBUQUERQUE, N.M. – The Albuquerque BioPark is launching a new program to make it easier for their zookeepers to continue their education and advance their career.

They are calling it the ACE Program, and it is a one of a kind certification program the BioPark is spearheading. The whole idea is to give zookeepers more on the job training and promotional opportunities.

From feeding the hippos, to washing the elephants, our BioPark zookeepers devote a lot of time and energy taking care of the BioPark animals

“We spend more time here with our crew members and our animals than we do with our own families,” Assistant Curator of Animal Welfare Lindsey Eagan said. “They really are an integral part of our lives, so we do everything that we can to manage the animal’s lives as positive and successful for them as possible.”

But now the BioPark is making sure their zookeepers are as successful as possible by offering new on the job certification programs, so they can continue to learn and move forward in their career. 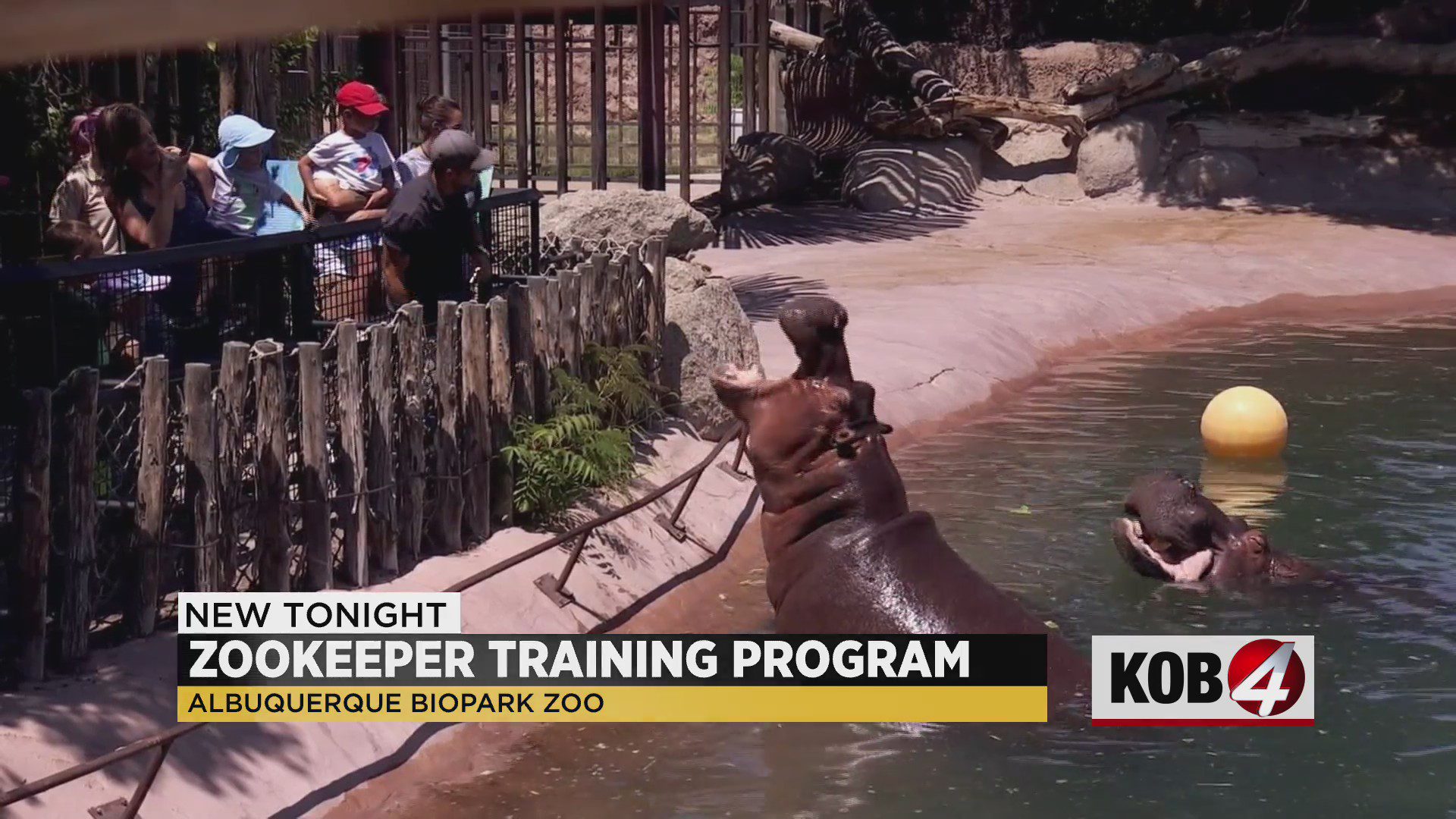 “We are excited to be able to have keepers motivated to move up as they progress through continuing education programs and so there are a lot more steps to stay motivated and to be excited about,” Eagan said.

Before the ACE Program, zookeepers could only get to what they call ‘level 2’ by working at the BioPark. Over the years many moved on from Albuquerque feeling like they couldn’t advance their career here.  Now the ACE Program will train zookeepers up to ‘level 4.’

“We think we are not only going to be able to provide that much more training and career potential for our staff, but we are also going to be able to retain the best staff right here to the Albuquerque BioPark,” CABQ Deputy Director of Arts And Culture Brandon Gibson said.

Eagan has been at the BioPark for 15 years. She started off as a zookeeper herself, but in her time at the zoo she noticed as she moved up the ranks, many people leave for other zoos to further their careers.

“There is a lot of difficulty in seeing so many of my colleges, that we love, that were integral parts of our program, move because they felt like had no forward movement here because we only had a certain number of senior keeper positions,” Eagan said.

But becoming a senior keeper is no longer the only option to move up the career ladder at the BioPark.

“That’s the cool thing about this new program we are such a dedicated breed of humans as zookeepers, so it’s really nice to be able to offer that to other people who are so dedicated to their animals that they can now progress, and be rewarded for being able to stay with the city,” Eagan said.

The ACE Program is the first of its kind not only in Albuquerque but also across the Association of Zoos and Aquariums.

Gibson says the city hopes to become the example for other zoos around the globe to follow when it comes to training their zookeepers.