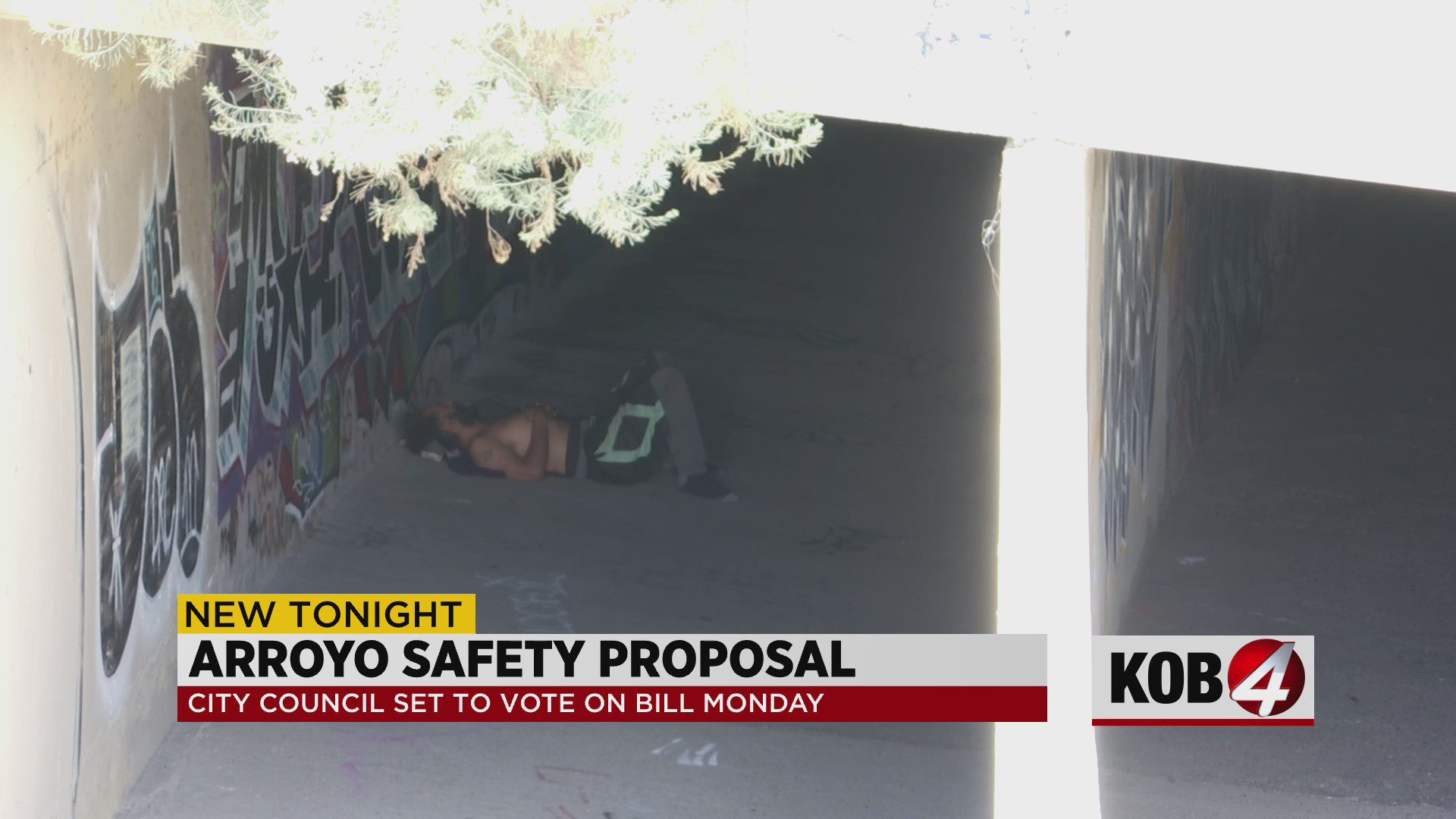 ALBUQUERQUE, N.M. – Albuquerque city council plans to introduce a proposal to protect the homeless from rushing waters. The proposal will give the city authority to remove people from arroyos, hopefully preventing unnecessary rescues.

Councilors are set to vote on the bill Monday night, but it’s not the only proposal involving Albuquerque’s homeless on the agenda.

“Our goal is certainly not to be giving out criminal citations. It’s to be keeping people from drowning and in giving that authority to the city, to actually ask people to, to leave those really dangerous areas,” said Albuquerque City Councilor Tammy Feibelkorn.

The city council will meet to take final action on the proposal to give the city authority to cite people for camping, or otherwise hanging around in ditches and arroyos.

“The city’s having a big conversation about homelessness and camping across the city, about where it should be, where it should not be allowed. But everyone agrees that these the number of these swiftwater rescues we’re seeing, particularly for homeless folks that have been swept up in these flash floods, is increasing and that’s dangerous for them. It’s dangerous for our firefighters,” said Davis.

This proposal is one of several in the past year to tackle the homelessness crisis in Albuquerque.

“So you’re looking at when we come to homelessness, there’s no silver bullet, we’re literally looking place by place, block by block, park by park, to figure out what works and what doesn’t,”  Davis said.

Also getting introduced at Monday’s meeting is a proposal to remove Safe Outdoor Spaces from the Integrated Development Ordinance, undoing what was done the last time the city council met.

City Councilor Brook Bassan has been very open about her decision to switch her position on Safe Outdoor Spaces.

“Although, I thought this was a good idea and a step forward in the right direction. The city is making it very clear this is not what they want,” said Bassan.

Fiebelkorn says it’s hard to see a repeal like this getting introduced.

“I will be continuing to support the idea of a Safe Outdoor Space. I think we have, you know, homeless people in our city who have nowhere to go. We have more homeless people than we have beds,” said Fiebelkorn.

Also, saying Safe Open Spaces along with no camping in arroyos gives the homeless dignified and safe options they deserve.

And last Monday, Mayor Tim Keller shocked the city, announcing the closing of Coronado Park – which has been at the heart of the homeless crisis conversation.

Davis says now, they really have to decide on a course of action.

“The mayor sort of universally deciding to close Coronado park, but hasn’t yet announced a plan of what to do with those folks and I think that has a lot of people on edge. I think that’s going to reinforce those of us who believe we ought to find safe places. Because we can’t keep just moving these folks from one place to another without a real alternative,” said Davis.

The city council is holding that meeting virtually as a COVID precaution.